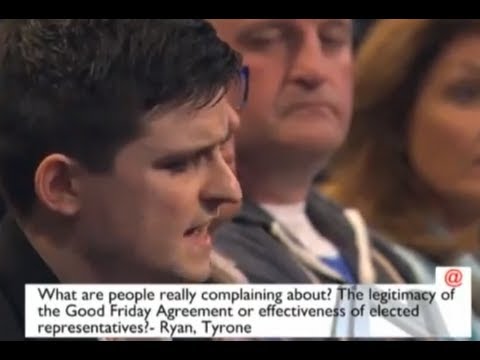 McCann’s thesis is that this disengagement is a prime cause of the subsequent drift of Stormont politics from the concerns of the broader NI population. Specifically…

…that drop in turnout is creating [a] silo system… and you’ve seen it in your audience tonight, people feel so disengaged with the process. Part of the probelm, from what I can see, is that people just think that Stormont just isn’t addressing their concerns. For example, 80% support integrated education, yet only 7% of kids go to integrated schools.

You can see an earlier piece on the subject over at Journal.ie.