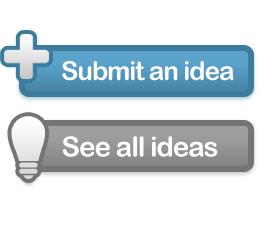 We’ve doing The Slugger Awards very differently this year. Instead of having rigid ‘Journalist of the Year’ / ‘MLA of the Year’ type awards, we’re asking everyone who reads this blog to tell us what they want politicians / the media / public bodies to do more of. Once we know what behaviour you want to reward, we can work out who to give the awards to.

Mick started the ball rolling asking everyone to finish the sentence “Politics would be better if only the Media would….” and we had a few posts extrapolated from ideas on the thread.

We know that there are lots more ideas that you can throw in, and you can also vote for the ones you like now.

OK? Then… click here and visit our snazzy voting site.

Vote for the ideas that are there… or add your own.

We’ve been give a loan of this great ‘Dialogue’ application from our friends at Delib. We’re shortly going to start a similar exercise in which we ask you what you think about politicians and then another one on public bodies.

But for now, VOTE!