As Christmas beckons we aren’t out of the Covid woods. But as the crisis has worn on we’ve gone from dismissal, to (in my case, at least) existential fear and dread, then something human kicked in and we made the abnormal, normal.

The summer came and infections dropped, we gave thanks for the alleviation after lockdown. In September we finally got the kids back to school (and if you are a parent you will know just how important this has been to their wellbeing).

As John Gray writes in the New Statesman 2020 was a year of the Great Humbling and “a revelation of the fragility that lies at the bottom of our way of life”. The idea of human supremacy, he argues, was alway as “dangerous illusion”.

In Irish politics, this is most obviously seen in the inevitability myth perpetuated by fundamentalist believers of various political faiths. But who thought at the beginning of 2020 that Robin Swann would be our top politician by year end?

Further, who thought a politician could become popular by telling people hard news that they didn’t particularly want to hear? I doubt Robin has anything like the huge harvest of Facebook likes or RTs on Twitter of his more popular rivals.

Populism lost its sheen. Covid showed up its lack of competence (and compassion) that lurks underneath. Trump lost after just one term in the Whitehouse. The hysterical reflex of the liberal media finally rested after four years of hyperactivity.

With Brexit almost done, gradually a no deal shifted throughout the years so it wasn’t the same as it might have looked last January or March. I suspect the reality of Brexit Britain will prove to be a disappointment to both sides of that internal argument.

But it also holds that a mild neighbourly deal may deny that abject surrender note from unionism that so many republicans so confidently predicted for much of the last four years. In the Digital Age the half life of any strategy is vanishingly small.

Micheál Martin slowly emerged as a pragmatic, technocratic Taoiseach confounding populist rivals on either side of him. His government emerged from the political ruck with a credible approach (and money) for N/S relations. For now.

Slugger managed to wrangle its way through often by ignoring much of the froth of the day to day and bringing on new writers like Terry Wright to find fresh perspectives on many familiar questions. Nice guest slot from the Dissenter too.

We have the gifted cartoonist, Fergus Boylan (you can find him elsewhere as @infiniteguff). We’ve also had Annemarie and Lisa‘s informative missives from rural Co Down haven, and Natasha on the front line with the bees (and against “Neonics”).

[PS, people who keep bees are doers and well worth a read, or a vote if you ever get a chance to express such a preference.]

We love finding new talent regardless of their political background. One established commentator is the Irish News columnist (and my own personal mentor when it comes to understanding the intricacies of US Baseball), Chris Donnelly.

So it is good to see that 2020 has seen our own Sarah Creighton stepping forward in other media and fora as an intelligent forward looking unionist voice within the mainstream. Nice to see them spark off each other in our year end review.

In a year which was challenging for many, Slugger did better than many of us perhaps expected. As Brian has already noted we had 1.7 million readers who read over 5 million pages of content. That’s 948 posts so far with over 125,000 comments.

Which reminds me that thanks are due to our growing band of moderators who operate often throughout the day and night to remind our community of the rules that bind them to a pluralist approach to debate and discussion.

Our comment zone and our play the ball not the man rule has been highlighted over the years in papers as politically diverse as the Times of London and the Irish Times for the way we bring together people of different perspectives.

Despite what some may suggest, we have a politically diverse group of moderators doing largely thankless job with a devotion I’m deeply grateful for, and who are committed to keep learning the trade as they go. We can always use more!

One big successes of the year has been the Slugger TV project, driven by David and Alan. This year they discovered The Accidental Theatre (above what used to be more familiar to us oldies as the Northern Bank in Shaftesbury Square). 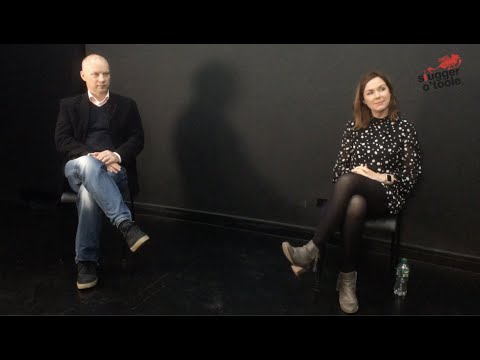 The real delight of the Slugger TV project is our partnership with Northern Visions’ NVTV which means that this content goes out on Community TV in Belfast and not just to the wild hoards of the Internet.

For me personally 2020 has been a year in which I have probably pulled back more than in previous years. Family and friends have come to matter more to me than the reductive world of party politics, particularly those touched by COVID.

There was more time for reading and much that was useful to read on important shifts in the wider world, like Lonergan and Blyth’s Angrynomics, Collier and Kay’s Greed is Dead and Jaron Lanier on how social media makes politics impossible.

Thanks to a core team that as ‘editor’ I tend to ‘manage’ though neglect than in any direct way (none of them are particularly open to direction anyway). For me, this independence of thought is key to Slugger distributed approach.

As we come up end stage Brexit I’d also like to thank Brian Walker (and in previous years, my good and steadfast friend Pete Baker) for keeping us in the loop with intelligence and patience. And Claire Mitchell for her support and sage advice.

And there’s the amazing Brian O’Neill, whose tech and business nous has transformed us into a slick and well resourced operation. It’s hard to think of a part of the operation Brian has not had a hand in in improving in some way or another.

Brian has helped establish productive relationships with a range of third level education institutions, not least at Ulster University and the Public Engagement Team at Queens University, Belfast.

Most importantly, he has shown how it is possible to establish an independent relationship with our readers that has helped us to develop and grow as a challenging online political forum with thought provoking articles.

Our growing base of regular donors is a welcome development. It helps secure Slugger’s independence, allows us to plan ahead and take on new projects with confidence. So thanks for the crack, your kind support, and those end of year ‘pints’.

So over Christmas do consider whether in the next year you might join that happy band of Friends of Slugger who do so much in keeping us solvent and going. In the meantime, enjoy your Christmas as best you can. And see you next year!

To donate just fill in the form below. (If you have Apple/Android Pay click here).