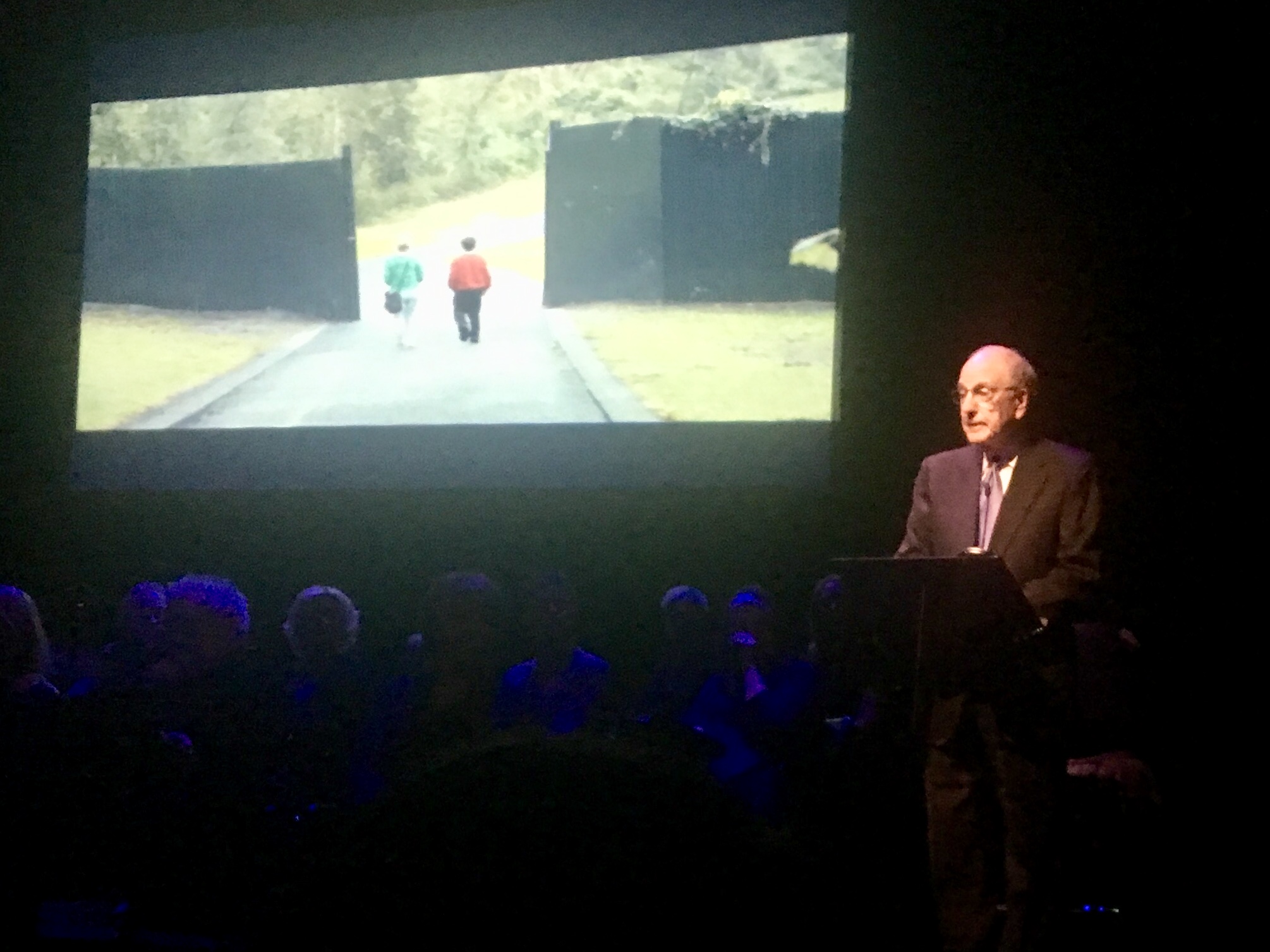 I’m not a big fan of poetry. It requires far too much concentration to parse the phrases, summon up the imagery and look into the often obtuse mind of the poet in order to get any understanding out of the words. All that sustained effort rather kills what joy might have been encapsulated into the original stanzas.

But last night’s A Further Shore event at the Lyric Theatre wasn’t a chore or hard work. The medley of spoken word and song used a range of work which remembered incidents and ways of living during the Troubles and gradually worked up to the negotiations and the 1998 Agreement.

Instead it was a nuanced and at times moving remembrance of past times. Not so balanced to become boring, but carefully seeded with surprise and honesty in the many perspectives it opened up to the packed theatre audience and those watching RTE’s live stream.

An excerpt from tonight’s A Further Shore event telling the story of the journey towards peace and reconciliation in NI. pic.twitter.com/ImCeIah5rp

Alan Gillis’ Progress began the process of time travel, followed by words from John Hewitt, Seamus Heaney, Gerald Dawe, Gráinne Tobin, Colette Vryce, Ciaran Carson, Rita Ann Higgins amongst many others as atrocities and attitudes were explored and “the book of the dead became fatter and fatter”.

Kevin Doherty and the Telegraph Band added warmth and a gentle rhythm to the reflections, playing a handful of songs dotted throughout the two hour programme, with And the Band Played On a particularly apt finale. When are they next back playing in Belfast?

“How far back would we want to wind the clock back to avoid the conflict?” asked the narrator, veteran journalist Olivia O’Leary. Her monologues deliberately left questions at the doors of previous Irish or British governments.

Projected press photographs and images of paintings accompanied the words. “Be careful not to patronise the Irish” was sung with gusto as the red white and blue Union Flag slowly turned green white and orange. There was humour amongst the sombre contemplation with the yes-ishness of Moyra Donaldson’s Ulster Says No hitting home.

“The language of peace is difficult and it’s taking us – all of us – a long time to learn it” remarked O’Leary as the journey pulled up at the 1994 ceasefires and the poetry and music gave way to a short address by Tánaiste Simon Coveney who described the performance as “powerful, funny, tragic and evocative” which “reflected on our shared journey towards this extraordinary short” while acknowledging that “we face the challenges of our own time”.

While Peter Robinson is speaking on a panel at today’s QUB event marking the 20th anniversary of the Good Friday Agreement, there was an absence of DUP attendance at last night’s event in keeping with their anti-Agreement stance.

The most sustained applause of the evening was given to Senator George Mitchell who briefly reflected on the “700 days of failure and one day of success” that characterised the five years of negotiations that he chaired. He finished by asking “Can we leave the past behind? Can we rekindle the spirit of the Good Friday Agreement”