As we approach Halloween, we should remind ourselves that as a people who have fought and continue to fight to preserve our rich cultural heritage protecting cultural traditions going back hundreds of years, it is with irony that one observes this week a cultural tradition that the Irish exported to the United States, now being exported back to us in a watered down ‘Americanised’ form which we now accept as our own culture without any of the rich cultural heritage of the original form. I am of course talking about the Halloween ‘Jack o Lantern.

It is believed that that the custom of making jack-o’-lanterns at Halloween began here in the Celtic speaking regions of Ireland and the Scottish Highlands, “turnips” were hollowed out to act as lanterns and often carved with grotesque faces. Halloween was also the festival of Samhain was seen as a time when supernatural beings and the souls of the dead, roamed the earth and the belief was the lanterns were used to ward off evil spirits. Sometimes they were used to frighten people and set on window sills to keep harmful spirits out of one’s home. Some even believe that that the jack-o’-lanterns originally represented Christian souls in purgatory as Halloween is the eve of All Saints day (01 November) and All Souls Day (02 November).

All Hallows Eve came to North America, like everything else, carried by European immigrants to the New World, the holiday exploded in the United States and Canada with the wave of Irish and Scottish that came over during the mid 19th century. These new American’s couldn’t find their usual produce to carve at Halloween, so they turned to the pumpkin.

So back to present day here in Ireland, as we watch our shops selling imported Pumpkins and our children participating in the ‘Americanised’ version of Halloween, not to forget our own cultural links to the Halloween and spare a thought for the Humble Turnip. 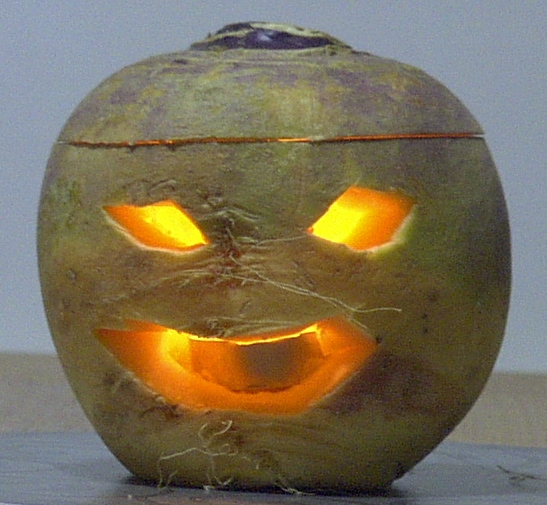 Patrick Murdock is a dual qualified Chartered Surveyor and qualified Tax Advisor original from and currently in based Newry. An independent free thinking liberal at heart, prior to establishing his own specialist consultancy, Patrick has built a twenty year career working for a number of global advisory firms and continues to work across markets in the construction, property and final services industries and has considerable experience and practical knowledge of working day today in the UK, Northern Ireland and ROI markets.

He is also Cofounder and operator – The Hub, Newry.