Where are we, politically, thirty years on from the death of the poet John Hewitt in 1987?

That was the question behind the political panel on Monday’s opening day of the John Hewitt International Summer School runs this week in Armagh. 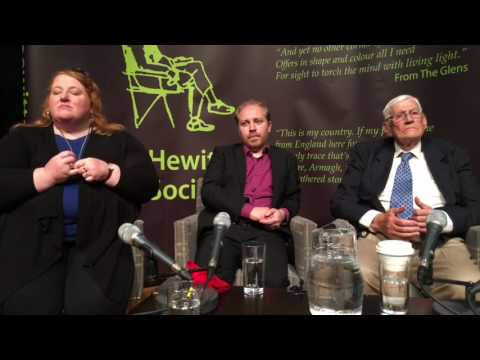 While Seamus Mallon’s voice may no longer have the same amplitude, but his words can still land a punch when he so directs them. He unpacked the “them and us” mentality in society, exploring its origin and why it continues to this day.

“I think we could all look back and point to things that we could have done that we didn’t that might have improved that situation. I pose the question, did the churches do sufficient? Looking back to that time did they take a too softly, softly approach to the use of violence for sectarian political reasons?” 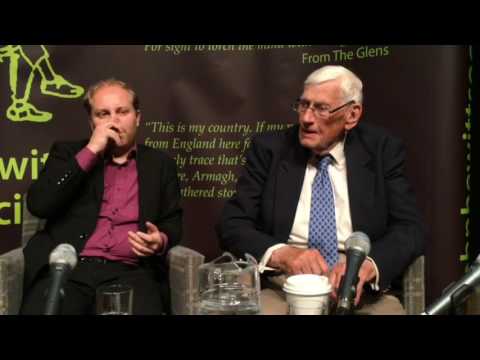 You can watch a selection of clips from Seamus Mallon’s contributions if you don’t want to invest in the whole 85 minute panel! Mallon identified the lack of local history being taught over the years as a weakness. And he was critical of the way that the political process in NI is being operated.

“Maybe we have to start looking at the political process not from a structural administrative point of view [but] to start with what we do to deal with the problems. In 12 years, neither of the two parties which were in charge – and in case there’s any doubt about it, the DUP and Sinn Féin – not one scrap of proper proposals were made in relation to how we as people can live better together. They haven’t done it. And that was the whole essence of the Good Friday Agreement.”

“Are we at a point that we have a political process that feels itself more powerful and more at home in the type of divided community that we have?”

Later he repeated his view that the SDLP should not have entered Opposition and admitting having rejected becoming a peer.

As the summer school delegates left the room, I could hear people still discussing Mallon’s most memorable line of the afternoon which came when he was asked what might happen in the next 30 years?

“The one thing I think each one of us has in our own capacity is to be good ancestors as opposed to being good rememberers. Think about it. We have a remembrance for everything: real and imaginary.” 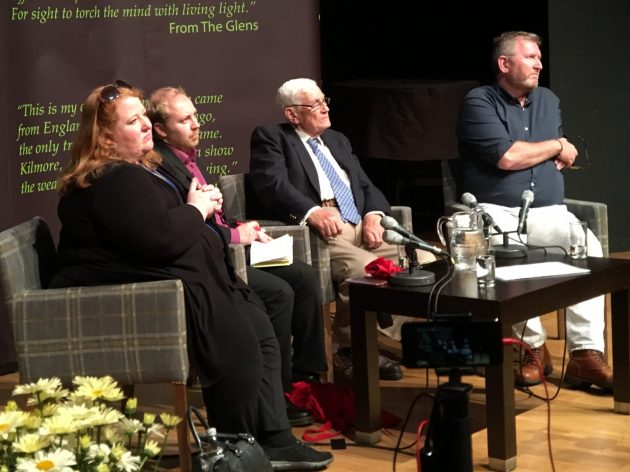 Naomi Long spoke about “division” being the problem in Northern Ireland, rather than “difference”. The political peace process had treated the symptoms of sectarianism, but not tackled the actual disease. She wished that people would be as passionate about other people’s rights as their own, adding that rights come with the need for responsibility and respect.

Steven Agnew was proud of how far Northern Ireland has come in thirty years, but “frustrated we haven’t gone further”. He explained how the Good Friday Agreement had voters’ backing, while the agreement at St Andrews was signed by politicians three weeks after an election, and not subject to the electorate’s approval. He applauded the Constitutional Conventions and said that “we need to reform, review and revitalise the Good Friday Agreement”.

I hadn’t heard Doug Beattie speak at an event before, and it was a bit of a revelation. I now understand why he was being touted to fill the vacancy at the top of his party left by Mike Nesbitt. (You can watch his edited highlights below.)

Beattie was an Ulster Unionist with passion, who didn’t mumble, and offered a vision of unionism that was distinctive from the DUP and respectful of difference. Despite the summer beard, he looks and sounds like the leader the UUP need (assuming his military management style can be adapted to suit a party that doesn’t always value discipline). 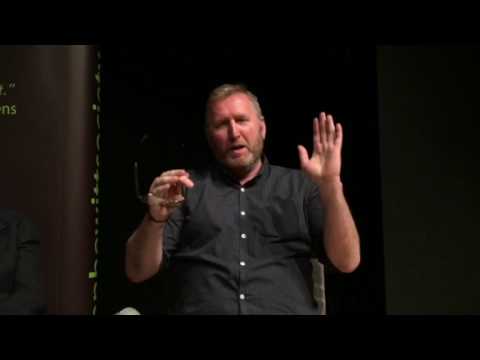 He described legacy issues as one of the “big ticket items” that has yet to be addressed and said it was “a big festering sore that attacks us at every single minute and has now become a political tool for one community to bash another community through the two political parties”. Education was another of his big ticket items. 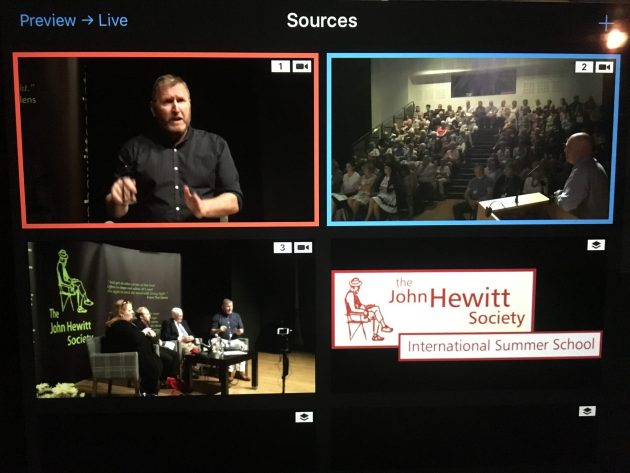 He shared an anecdote from the recent General Election campaign.

“I was up a ladder putting a poster up and this guy came up to be and said ‘Doug, good luck to you. You’re going to be the best man for Upper Bann. We need MPs like you because you can see the other side they’re decent people. You’ll make sure we can all work together.’ I said ‘thank you’. He said ‘I can’t vote for you though, because we got to keep them’uns out’. That’s where we are. It’s incredibly difficult to counter that, except to show respect.

He spoke about the “horrible win/lose politics … where if you as a political party give way in any shape or form you’re classed as losing. And if you get what you’re after, you’re classed as winning. And as soon as get that you stand up and applaud yourself for winning something … that’s the terrible way of doing politics.”

A remain voter, Beattie said that he would remain “pessimistic” until Brexit “was done and dusted”.

“I’m also slightly ashamed as I sit here. Why am I ashamed? Because I’m an elected MLA, I’m a legislator and I’m not doing my job. And that is an absolute shame. Shame on me, shame on my party, shame on all the political parties that we can’t get together and sort this out for the good of the people of Northern Ireland. And I will remain shamed until we finally get together.”

“And I understand that some people have visions that take them in completely different direction from me and I absolutely respect that. And I will only become optimistic when we start to absolutely respect difference, when we do sort out the education, when we can stand on the same football terraces and cheer on the same team regardless of where you come from … and I think that will come [because] I think the people are getting absolutely bored with the political classes and I think they will drive change, and the sooner they drive change, the sooner this will be a better place.” 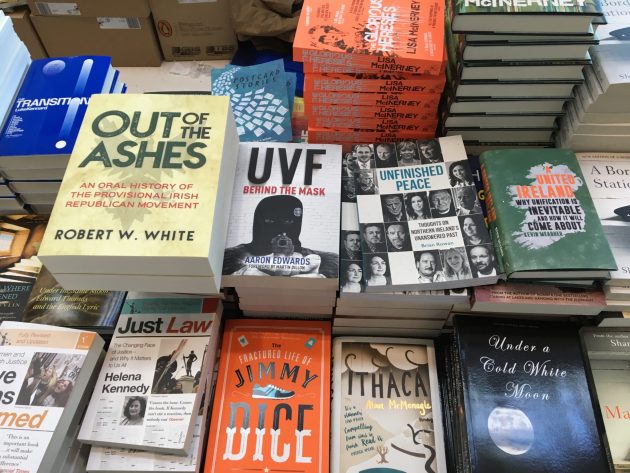 The John Hewitt International Summer School continues in Armagh until Saturday with tickets still available for a range of political and cultural talks and performances, and a well stocked bookstall run by No Alibis.