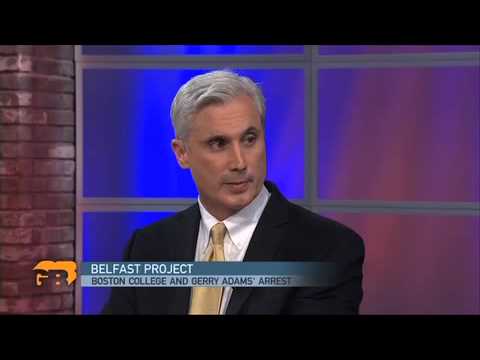 There was always a possibility that it would come to this. But after the 1998 peace accords there was such good will that emanated from Northern Ireland that no one thought that British Law Enforcement would take that step…

Interesting perspective, and it pinpoints a key weakness in the archive project, ie that it relied on good behaviour of other players rather the protections of US law…

As for the cops, Matt Baggott made it clear last year in his interview with Alan…

“It’s not because I want to hear them. It’s because a modern police service operates within the rule of law. And Article 2 is very clear we have to pursue effective investigations into murders and unsolved murders. And when there’s evidence becomes available we have an absolute duty to take every investigative line to pursue where the evidence takes us.

“The decision making on whether there is an evidential possibility of a charge being brought or whether there is a public interest in doing it is not mine. And I think there is still a confusion particularly since devolution is so new about the role of the police. Our role is simply to gather fact, to investigate crime, and then present that to the Public Prosecution Service.

“So whether it’s a Boston tape, or whether it’s a historical murder, there is no amnesty in Northern Ireland but there is the law. And the law is part of the devolution of policing and justice and my job as the impartial Chief Constable is make sure we pursue that impartially.”

Sinn Fein has wasted no time in getting a tagging campaign going online, branding the project as a ‘touting programme’ matching a more traditional street warning (threatening to some):

And, in further news, Mr Adams endorses Danny Morrison's view that Boston Project is a 'touting' one. pic.twitter.com/yfeG8VRY4v

Ed Moloney has a statement on his blog, which lays out the views of an American judge underwriting the academic integrity of the project:

Only one other person aside from myself and Dr McIntyre has read the full archive from beginning to end. That was Judge William Young who presided over the first hearing dealing with Boston College’s attempt to get the British subpoenas dismissed at the Federal District Court in Boston in December-January 2011/2012.

This is what he said about the archive: “This was a bona fide academic exercise of considerable intellectual merit.”

So how does one reconcile Mr Adams’ wild and unsubstantiated accusations based on almost complete ignorance of the archive’s contents with the opinion of a disinterested American judge who has actually read the entire archive? I don’t think it is possible to do so.

Indeed how? One way is to see it all as an ongoing war, with enemies whose motives can never, under any circumstances be trusted. That way we never have worry about looking at the telling detail.

The southern enemies, the enemy at large, will now hate them more than ever if possible, but no help for that. Brazen it out, take the war to the adversary, and polish up your grievance: the old tactics stood up well.

Just so. But as one commenter on Malachi O’Doherty’s Facebook page noted regarding the effective demise of the Belfast Archive, the deeper political element is more interesting:

The protagonists in the ongoing conflict in Ireland may not have the maturity to deal with truth, the ugly, sickening reality of human action, the thoughts and behaviours which make us all human and inhumane – they may not want us to hear, that which they believe we need protected from.

Someone clearly wants to maintain a collective dissociative amnesia as part of some mechanism to protect their history, and more importantly perhaps, their own current status and positions of power. Denial is a human defence mechanism, and humans are very resistant to having it challenged.

Aye, but here. Tell me? Whatever happened to the good will and ‘spirit of 98’..?