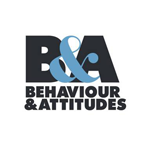 Cedar Lounge have the figures for tomorrow’s Behaviours and Attitudes poll in the Sunday Times:

So much for the grand political photon then? These figures are more like the truth of the matter. FG holding a narrow lead over FF, and SF holding a very clear lead over Labour whose world, just now, is truly falling apart.

That independent figure is high, and no doubt a signal of deepening affection from national politics.

It ought to concern all major parties, but my guess is they are discounting it as a such a disparate and inchoate a force that there is literally nothing that can be done about it.

In the short term that’s probably the right call. Only the two large parties had the capacity to saturate Meath East with party workers (so did SF, but the disproportionate number of northerners among them may not have had the desired effect).

They can always calculate on taking the largest share of the crop. In longer term though there is a sense on the ground that deputies to the national parliament are the only compensating factor for the fact that local govt barely exists.

To be consumed with extreme caution, of course. But with these score Id make that a minority FG with support from whom exactly?

Adrian was giving SF three seats last week in Louth; just two this week. Not a good week to be Labour, or indeed anywhere (but SF) on the Left in Ireland.