The Ghost Limb: Alternative Protestants and the Spirit of 1798, is a meditation on the journey of its author, Claire Mitchell, through what she calls the ‘1798 dreamtime.’

Mitchell, who was born into Northern Ireland’s Protestant community, relates how she began to feel like Irish aspects of her identity and heritage had been cut off. For Mitchell, this loss manifested itself like a ghost limb, experienced as an existential ache for Irish language, landscape, and culture.

Perhaps it goes without saying that the loss of a limb involves violent action. This book testifies that the suppression of Irish culture among Protestants has featured physical and other forms of violence, like threats and intimidation for being deemed a traitor or a ‘Lundy’.

But this book demonstrates that Mitchell is not on this journey alone. The Ghost Limb is filled with the stories of other ‘alternative Protestants’, a motley assembly of people whose political and cultural identities cannot be boxed neatly into Northern Ireland’s so-called PUL or CNR ‘communities’.

Many – but not all – of those who feature in the book are inspired by the radical democratic ideals of the 1798 rebellion, with its anti-sectarian attempt to unite ‘Catholic, Protestant, and Dissenter’.

It has become almost a historical cliché that the British military’s devastating defeat of the 1798 rebels extinguished the passion for radical, egalitarian politics among Protestants. Thereafter, they cast their lot with the Empire once and for all.

But as Guy Beiner argued in his award-winning academic study, Forgetful Remembrance: Social Forgetting and Vernacular Historiography of a Rebellion in Ulster (Oxford University Press, 2018), it was always more complicated than that.

Beiner maintained that for centuries, Protestant suppression of memories of 1798 co-existed with covert efforts to remember and honour their courage and idealism. Mitchell found plenty of evidence that this process continues, with just one example the Reclaim the Enlightenment group. Perhaps more surprisingly, this ‘forgetful remembrance’ can be found in the actions of some contemporary Orangemen, who cherish family relics of the rebellion.

Mitchell uses Beiner’s work as a touchstone throughout her book. This alerts the reader that the individuals she profiles are deeply rooted in much longer historical processes, in which ‘alternative Protestants’ have never really been absent.

It is through encountering these people that Mitchell begins to reclaim her own (alternative) Protestant heritage, describing how she has gone from someone who now ticks the ‘Protestant’ box when she must fill in one of Northern Ireland’s ubiquitous identity forms, rather than choosing ‘none’ or ‘neither’.

Mitchell’s newly found identification as Protestant is not religious per se, in the sense of practising a faith. At the same time, The Ghost Limb contains an entire section on ‘Faith’, which profiles women clergy (Lisa Rea Currie from the Church of Ireland, Presbyterian Cheryl Meban, and Baptist Karen Sethuraman); as well as Mitchell’s parents, who have practised charismatic Christianity and Quakerism.

Mitchell also describes how the Christian Fellowship Church in East Belfast opened its doors to an Irish-language nursery when it was intimidated out of its original location. These stories remind us that while Ulster Protestantism is often caricatured as combative or conservative, it contains expressions of Christianity that challenge such stereotypes.

The Ghost Limb also confronts the stereotype that Ulster Scots is a phony, manufactured language. Mitchell admits that when she first heard of Ulster Scots around the time of the 1998 peace agreement, ‘My first reflex was to reject the term’ (p. 99). Yet Mitchell’s appreciation for Ulster Scots grows in tandem with her efforts to learn Irish. She explores the beauty of Ulster Scots more deeply through the work of novelist Angeline King.

Mitchell’s explorations are also geographical, as walks with her interviewees through the landscapes of Antrim and Down. Some of the sites they visit transport readers to the 1798 ‘dreamtime’; Mitchell herself takes to using chalk to scrawl ‘1798’ in various locations.

A romantic gesture, to be sure. But ultimately The Ghost Limb does not succumb to romanticism. Mitchell tells us too many stories of activists addressing issues related to Green environmental politics, women’s reproductive rights, LGBTQ+ inclusion, peacebuilding, and more.

The ‘Spirit of 1798’ is in the end very practical, and it is found in the people who are still quietly working together to transcend communal divides.

The Ghost Limb is published by Beyond the Pale Books (2022). 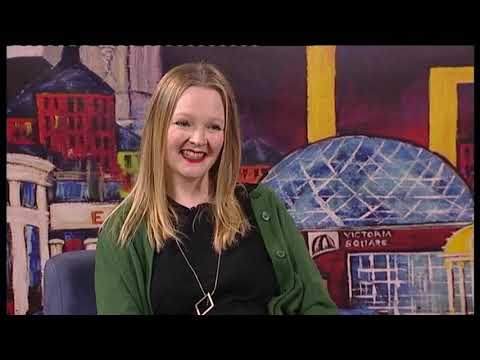 Mitchell worked previously as a sociologist at Queen’s University and is author of a widely read academic book, Religion, Identity and Politics in Northern Ireland: Boundaries of Belonging and Belief. She is also a contributor to Slugger.

We co-authored an academic book together, Evangelical Journeys: Choice and Change in a Northern Irish Religious Subculture. Mitchell also reviewed one of my own books, Considering Grace: Presbyterians and the Troubles, co-authored with Jamie Yohanis, in Fortnight.