This article is the second and final part of my exploration of NI Troubles-related dramas. As Part 1 looked mostly at TV productions, Part 2 takes a look at the big screen.

On my bookshelf I have an old 2007 copy of 1001 Movies To See Before You Die which I found for a song at a charity sale. Of the 1001 films referenced, two are set in Northern Ireland.

The first is one is Odd Man Out (1947), the tale of Johnny McQueen (James Mason), a wounded IRA man on the run in Belfast. According to the book it:

“bursts the seams of the political thriller genre and becomes a moving, thoughtful and powerful mediation on social existence [which] will continue to astonish moviegoers for all time”.

Interestingly, there’s a scene shot in the Crown Bar which features the future original Doctor Who William Hartnell as a barman. 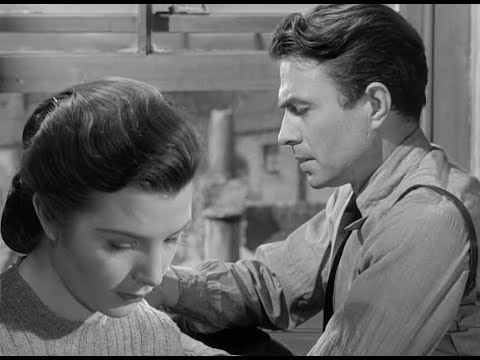 The other is a film in the book is one I saw at the QFT cinema in Belfast in the autumn of 1992 during my first year at university. I got in free as I had a press pass for the student newspaper The Gown. But I never got round to reviewing the film in the end. And funnily enough it didn’t occur to me at the time that 30 years later I’d be writing about it on a digital platform that had yet to be invented… 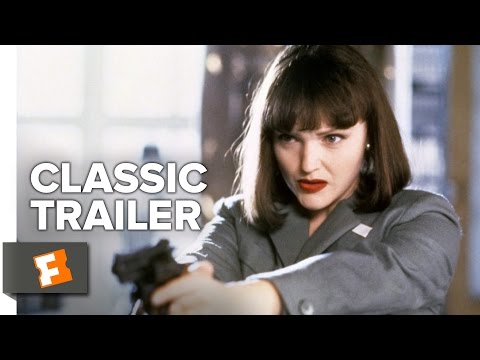 Neil Jordan’s The Crying Game with its astonishing revelation half way through is not your typical NI Troubles screenplay. It alternates between serious drama and very dark comedy with a more general moral message along the lines of not judging a book by its cover, accepting people for who they are and the multi-faceted nature of human personalities. And curiously enough, the supporting cast features actors who had or would later become known for famous roles including a comedic version of Queen Elizabeth I in Blackadder, Ugandan despot and self-styled “last king of Scotland” Idi Amin and a certain Superintendent Ted Hastings in Line of Duty.

Not surprisingly, most of the paramilitaries depicted in such films are of the republican variety. It was only in the 1990s that their loyalist counterparts began to have a significant silver screen presence. There was Resurrection Man loosely based on the Shankill butchers and Nothing Personal (1995), a grim, unflinching depiction of the spiral of violence in 1970s Belfast.

However the most notable of these is As the Beast Sleeps (2001) scripted by Gary Mitchell which explores the dilemmas faced by loyalist paramilitaries in post-ceasefire Belfast. Unfortunately Mitchell’s brutally honest depictions of this section of society led to threats being issued against him.

In the late 1990s when the peace process was becoming something of an international cause celebre Hollywood got in on the act and took on big names like Brad Pitt, Harrison Ford, Julia Roberts and Liam Neeson –with varying degrees of success.

So far the productions covered have been fictional, albeit with certain events and characters in some cases bases on real life examples. The relative peace which had ensued since the Good Friday Agreement meant that films about real events, including Bloody Sunday, the 1998 Omagh bombing and the hunger strikes of 1981 were now being made.

Given the amount of high profile miscarriages of justice that occurred during the conflict it was inevitable that some would receive the big screen treatment. The most well-known production of this sub-genre is probably In The Name of the Father, the story of the Guildford Four wrongly accused of terrorist bombings in 1974, but with a more specific focus on Gerry Conlon (played by Daniel Day-Lewis) and his father Guiseppe (excellently portrayed by the late Pete Postlethwaite) who died in prison before his name could be cleared. The less well-known TV film Dear Sarah covers similar ground.

The Granada TV docudrama Who Bombed Birmingham? (1990) delves into the efforts of investigative journalist (and later a Labour MP) Chris Mullin (played by the late John Hurt) to track down the real bombers in order to prove the innocence of the six men wrongly incarcerated for the murderous atrocities carried out in Birmingham in 1974. The film was dismissed by the Thatcher government of the day as “trial by television”, but significantly a year after its broadcast the Birmingham Six finally had their convictions quashed in the Court of Appeal.

One of the more ambitious “Troubles” films of the 1990s is the largely forgotten Branwen (1995), a trilingual production with dialogue mostly in Welsh and Irish, and a small amount of English.

Feisty young Welsh nationalist Branwen marries fellow language teacher Kevin. They settle in Kevin’s native West Belfast where ironically Branwen ends up teaching Irish people Irish, but naively gets involved in the republican cause with dire consequences ensuing. Another unique selling point of this production was the fact that it was filmed in Belfast while the internal conflict was still ongoing – when most Belfast-set films of that era were shot at purpose-built locations in Dublin or Liverpool. Although it makes for powerful drama at times, the lack of well-known actors combined with the linguistic challenges seems to have prevented the film from enjoying a higher profile, and in any case it doesn’t quite seem to achieve its aims. Nevertheless, it’s worth watching and is available free on Youtube, but unless you’re fluent in both Welsh and Irish you may struggle, as the Welsh dialogue is not subtitled and the Irish dialogue is subtitled in Welsh rather than English.

If I may briefly digress at this point, it’s worth noting that An Cailín Ciúin (The Quiet Girl), a poignant coming-of-age story based on the novel Foster by Claire Keegan and released earlier this year, has despite being mostly in Irish has become something of a box office hit – and is well worth seeing.

Let’s not forget the historical films set at earlier periods in the conflict – notably Neil Jordan’s Michael Collins (1996) and Ken Loach’s The Wind That Shakes the Barley (2006) – both of which had their fair share of controversies.

The Wind That Shakes the Barley which won the coveted 2006 Palme d’Or at the Cannes Film Festival is about the events leading up to the civil war of the early 1920s. 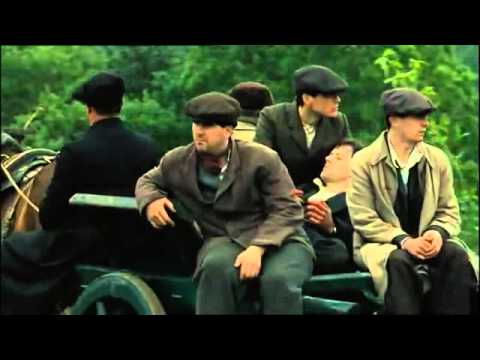 I remember a debate on Radio Ulster shortly before its release between Tim Pat Coogan and Ruth Dudley Edwards. Predictably enough, Edwards was scathing, while Coogan heaped praise on the film – even though neither of them had actually seen it at the time.

Although not one of Loach’s best works and disappointing overall, the criticism it received from certain sections of the right wing press on both sides of the Irish Sea as being mere anti-British republican propaganda was inaccurate and unjustified. In fact the real conflict being portrayed is not that of the Irish against the British, but the internal feuding within the nationalist movement of the day which eventually resulted in acrimonious warfare where lifelong friends became enemies and families became bitterly divided.

I don’t have the time or space to go into an in-depth analysis of the film, but If anyone’s interested I wrote a review of it on my own blog back in 2006.

More recently we’ve had Belfast directed by the other Ken, a semi-autobiographical story of a young working class family in the city during the series of events which culminated in what was to become known as the Troubles. A decent film, although over-sentimental and far-fetched in parts, but to be fair it’s really aimed at American audiences.

* DISCLAIMER: This not an attempt to write an academic paper on the subject, nor indeed a potted history of troubles-related films. The article is written largely from memory and involved minimal research, so is more related to my own personal musings with a slightly tongue-in-cheek approach than detailed analysis. I acknowledge there are quite possibly dozens of worthy productions I have not mentioned. Off the top of my head without resorting to Duckduckgo (other less privacy-enhancing internet search engines are available) I can think of Cal, Hidden Agenda, Some Mother’s Son, Hunger, ’71, The Boxer, The Devil’s Own, Patriot Games and The Journey for example – not to mention others with more tenuous links to the NI conflict such as The General or Ronin. There are of course many more, but space is limited and I have a day job to get on with.