This is a round-up of various tweets, TV shows and articles that give interesting perspectives on what is going on in Afghanistan.

The Times tours Bagram Air Force Base, which is now in Taliban control. Click through to see all the tweets. One of the odder decisions of the Americans was to give the Afghanis airplanes and helicopters. There was just the small matter of them having very few people who could fly them or service them. You can be sure somewhere there is a Taliban fighter assigned to play Microsoft Flight Simulator so he can get up to speed.

The size of a small city, Bagram – the largest US base during its time in Afghanistan – is now occupied by the Taliban

As they take The Times' @A_Loyd_Times on a tour of the site, the group are quick to discover some of the horrors that took place there https://t.co/Qd18wnYtgb

Afghanistan is quite a spectacular defeat for the Americans and British. Two decades later and with 2 trillion dollars spent they don’t have a lot to show for their efforts – apart from 71,000 dead civilians. Hubris is not a great quality in warfare.

On the BBC iplayer you can watch Rory Stewart’s excellent documentary Afghanistan: The Great Game. It really is an essential watch to understand what is going on. Aul Rory is quite the class act. Spoiler alert: It is mostly the Brits’ fault. The documentary is nearly 10 years old but still very relevant. If you are curious what Rory thinks of the withdrawal this interview explains. 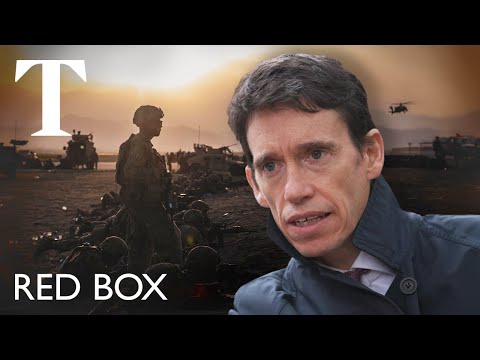 This Mondoweiss story about Afghanistan is also a good read:

Rosen found that corruption permeated the U.S.-backed government. Police chiefs bought their posts, and police in the Helmand province “were known to release prisoners for bribes ranging from five hundred to twenty thousand dollars.” What’s more — here’s an angle you rarely read anywhere else — the opium industry revived, drug addiction rose, and many Afghan police and army recruits failed drug tests. Another point that the mainstream media never reported: In Ghazni province south of Kabul, the national army turned out to be “predominantly” from the Tajik ethnic group, in an area where Pashtun people were the majority.

Rosen also learned that ill-advised U.S. military tactics increased local resistance. American soldiers raided Afghan rural homes in the middle of the night, forcing Afghan women out in their nightclothes. No people anywhere would welcome these tactics, but in conservative rural Afghanistan it is especially enraging, and even worse behavior than the Soviet army in the 1980s. One Afghan explained to him, “‘The Russians never arrested women. . . The Americans arrest Afghan women and take them to bases.’” Also, the Americans regularly bombed weddings, wrongly believing the mass gatherings were enemy concentrations.

Not a great effort to win hearts and minds then. Lastly, John Oliver had a good segment on the withdrawal:

A complete and utter mess from start to finish. As a guy in Rory Stewart’s documentary said, ‘Invading Afghanistan is the easy part, getting out is the hard part.’