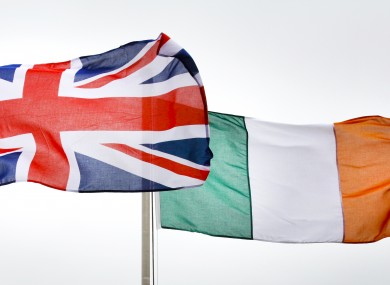 As we drift through another week in lockdown, it’s hard to believe that there’s anything else to discuss apart from Coronavirus. Thankfully, Northern Ireland’s unique brand of identity politics stops for no pandemic.

Cast your mind back to last year and the case of Emma De Souza. I wrote about it here. Mrs De Souza’s case concerns Article 1(vi) of the British-Irish Agreement. That section states that the two governments recognise the right of:

‘…..the people of Northern Ireland to identify themselves and be accepted as Irish or British, or both, as they may so choose….’

Mrs De Souza feels that the current law does not accurately reflect this commitment.

The Northern Ireland Human Rights Commission and the Irish Human Rights and Equality Commission has been considering the difficult issues at the heart of the De Souza case. Recently the two bodies published a reported entitled, ‘ Legal Analysis of incorporating the Birthright Commitment under the Belfast (Good Friday Agreement)’ Written by immigration barrister Allison Harvey, the report considers the United Kingdom and the Republic of Ireland’s citizenship laws. Significantly, it suggests amending UK law to accommodate the concerns raised by the De Souza case.

The report hasn’t got significant attention considering, well, everything. It has provoked a backlash on social media along with a few opinion pieces that are disparaging of its contents. Given the sensitivities and complicated issues at hand, I thought it would be helpful to summarise the report’s key points before unpacking it. For clarity, I’m going to cover a bit of old ground.

S, 1 of the British Nationality Act 1981 states that

The operation of this section means that, in effect, nearly everyone born in Northern Ireland is automatically a British Citizen.

s, 1  is at the heart of the De Souza case. Emma De Souza has never held a British passport and does not consider herself to be British. She is an Irish citizen and holds an Irish passport. However, because Mrs De Souza was born in Northern Ireland, she is also legally a British citizen. This means that she is a dual national.

Mrs De Souza’s husband is an American citizen. He applied for an EU Residence Card so he could remain in the UK. The couple were advised soon after that they could not make this application because the EU Immigration Rules do not apply to the spouses of dual nationals. Dual nationals in Mrs De Souza’s position must apply under the British Immigration Rules. Those rules are tough and require, amongst others, the applicant earning above £18,000.  The income requirement is higher if you have children.

Mrs De Souza has the option to revoke her British citizenship.  She doesn’t want to do this because she asserts that she is not British and never has been British. Mrs De Souza says that she is Irish and has only ever been Irish. She believes that Article 1 of the British-Irish Agreement gives her and everyone in Northern Ireland the choice to be British, Irish or both.

What happened at court?

Mrs De Souza took her case to the First Tier Tribunal who accepted her arguments. The judge stated that Mrs De Souza is “an Irish national only who has only ever been such.”

In a subsequent judgment, the Upper Tribunal disagreed with the lower court and agreed with Home Office that Mrs De Souza was a dual national. It further stated that Article 1 of the British-Irish Agreement does not amend s1 of the British Nationality Act 1981. Why? The government can’t use the royal prerogative (i.e make treaties like the British-Irish Agreement) and use it to amend domestic law. The Supreme Court very recently restated this position in the Brexit case of Miller.

The NIHRC/IHREC report makes several recommendations. The author makes interesting observations regarding statelessness, the right of abode, immigration control and identifies a peculiar deficiency in the current law with regard to certain children born in the UK between 1st January 1983 and 1st July 2006.

The proposal that’s likely to garner the most attention are the recommendations surrounding British citizenship.  The reports suggests entering a new subsection to s, 1 which, “should provide that no assumption may be made as to the British citizenship of a person born in Northern Ireland without that person having had an opportunity to assert their right not to be identified as a British citizen.”

What does this mean in practice?

S, 1 of the British Nationality Act 1981  would remain as it is. British citizenship is automatic for people in Northern Ireland. What the proposals would change is how the Home Office perceives  residents of Northern Ireland.

The report suggests that every person in Northern Ireland who has a British Passport should be treated as having elected to identify as British and should be recognised as such. One would acquire British citizenship by either applying for a British passport, making a simple declaration of nationality in any context or via a declaration of assent in writing.

Under the proposals anyone who elects not to identify as British would have to return any unexpired passports. In doing so, the report says, they should be treated as having revoked their citizenship.

People with parental responsibility (PR) for children should be allowed to ‘elect’ an identity for their child once the child is born. Said election shall determine the nationality of the child from birth. At the age of eighteen, the child would be allowed to elect their citizenship again, but only once. A declaration not to be treated as a British citizen can be done by a letter.

Anyone who declares that they do not assent to be identified as British shall be treated as not being a British citizen since birth, if their parents have not already made a declaration. There is the option for someone to resume British citizenship after renouncing it.

The De Souza case is about immigration law.  It may not have come to light at all had the European Court of Justice not ruled as it did in the case of McCarthy.

As I’ve said before, the legal situation surrounding the De Souza case benefits no-one. Identity is an important issue to a lot of people. Irish citizens in NI are uncomfortable with a law that says they are legally British when they don’t want to be British. Because the British Immigration Rules are so tough, some British citizens in NI are having to revoke their citizenship just to be with their loved ones.

Some commentators who dismiss the issues at the heart of the De Souza speak from a position of privilege. They’ve never had to save thousands of pounds just to bring their wife or husband over to the UK. They’ve never had to tell someone that they must be wealthy to be reunited with their family. The British Immigration Rules negatively impact the working classes and the low paid more than anyone else.

The New Deal, New Approach document, thankfully, intends to put the situation right (p.g 48).  The NDNA states that when it comes to family migration, “eligible family members of the people of Northern Ireland will be able to apply for UK immigration status on broadly the same terms as the family members of Irish citizens in the UK.”

Because of the NDNA, the above report could be viewed as superfluous. If the immigration rules are being changed, why propose further amendments? The simple answer is that the report aims to tackle the identity issues behind the law.

The report has been lambasted as a sop to nationalism but it does not propose what some really want: the removal of automatic British citizenship for people in Northern Ireland. It is, at times, critical of the legal arguments made by De Souza’s legal team.  As Emma herself pointed out to me on Twitter, this report will likely be rejected by some nationalists and republicans for being too weak.

The report proposes subtle changes as opposed to sweeping ones. If they were implemented, British citizens in NI would, outside the scope of immigration law, be unaffected in a practical way. On the other hand, Irish citizens would have to lumber through the bureaucracy of rejecting British citizenship for their children.

While it’s questionable whether the proposals would affect people practically, that doesn’t mean that they aren’t problematic.  If they were implemented British citizens in Northern Ireland would be treated differently to people in Britain in terms of citizenship. The British Government would, by law, not assume someone in Northern Ireland is British. It may seem like a small thing, but people already feel like their British identity is ignored, marginalised and forgotten about. These proposals will rankle, and I understand why.

I said above that the issues at the heart of the De Souza case should be treated sympathetically. The same applies to the suggestion in this report. This is not the great onslaught that some are pretending it to be, but the report suggests changes that will be unacceptable to many.  What’s frustrating is that those outraged by the contents of this report can’t understand that their valid, strongly held beliefs about their identity, their fears that it is under attack, are similar to the fears being expressed on the other side.

The greatest challenge for De Souza’s case is not unionist opposition but political will. When the British government brings forward legislation to implement the NDNA, it’s questionable whether this report and its suggestions will ever be implemented.