Today’s the final day of the virtual Imagine! Belfast Festival of Ideas and Politics. Having sold out two nights of Sam McBride in conversation with William Crawley at the close of the planned week of face-to-face events, the online broadcast will finish at 8pm with the author of Burned talking last weekend about his impressions of the published RHI Inquiry Report. 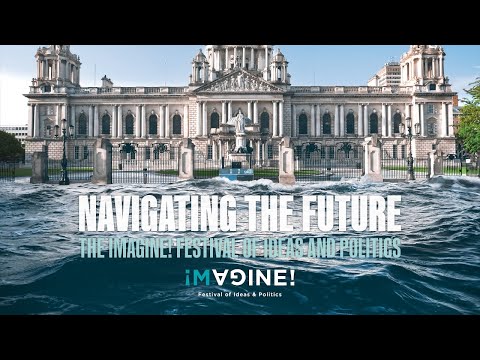 Friday’s line-up (below) runs from 1pm and includes talks about economic growth and community banking, a reprise of Lord Patten of Barnes’ recent speech in Belfast when he reminisced about his time in Northern Ireland and his reflections on the Patten report into police reform, thoughts on how COVID-19 has challenged the arts sector and may change political culture, as well as comedy from Stand Up, Speak Out and the Democracy Inspector.

Festival director Peter O’Neill had the courage to pivot the festival online in the face of COVID-19, and much credit is due to the technical skills of Richard and the gang at Accidental Theatre who prerecorded many of the talks and interviews last week in their Shaftesbury Square venue and have kept the livestream up and running for eight hours a day, three days in a row.