The debate on EU membership in Northern Ireland has recently kicked off.  On Saturday Northern Ireland born Labour MP Kate Hoey laid out the Vote Leave & Labour Leave case from leaving the EU at the TUV conference at the Hilton Hotel in Templepatrick (UKIP`s Paul Nuttall addressed their conference in 2012 on the same issue). 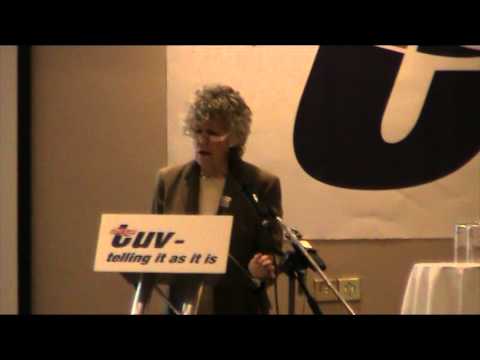 Irish Foreign Minister @CharlieFlanagan recently addressed Queens University Belfast on implications for Northern Ireland of Brexit.  Both Labours Kate Hoey MP & UKIP`s David McNarry MLA have been particularly scathing of interference from the Republic of Ireland in the debate.  Hoey was particularly annoyed with the Taoiseach Enda Kenny`s assertion that the UK leaving the EU would see `The Troubles` re-emerge in Northern Ireland.

Whilst the Irish Minister asserted that an EU exit would see CAP money disappear (he failed to state that the UK government would have this money to spend as the UK is a net contributor to the EU), Northern Ireland Finance Minister and possible First Minister Arlene Foster said Brexit would not ruin the NI economy.

Foster also said she would like to see the Prime Minister`s so called EU renegotiations to be a little more ambitious.

In addition Sammy Wilson MP being photographed with UKIP`s Nigel Farage at a Leave EU event where he too ridiculed the PM`s renegotiations.

However despite the eurosceptic mutterings from within the DUP – and previous DUP MP`s signing up to the Better Off Out campaign (Jeffrey Donaldson MP is still on the website ) – it seems the DUP are prepared to sit on the fence and continue with their softened policy of `supporting  a renegotiation of the UK’s membership terms.`

Both David Cameron and Nigel Farage have been quoted recently stating that the likes of benefit payments & the Common Travel Area between the UK & Ireland (which dates back to 1922) will by entirely unaffected by upcoming changes or the UK leaving the EU – this rather puts paid to scare stories about passport controls along the border. 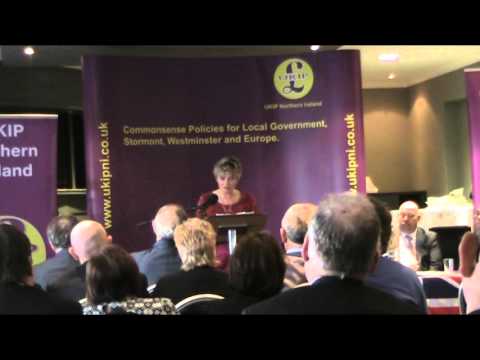 And the Leave EU campaign was present at the UKIP conference and had leaflets in the TUV conference pack. 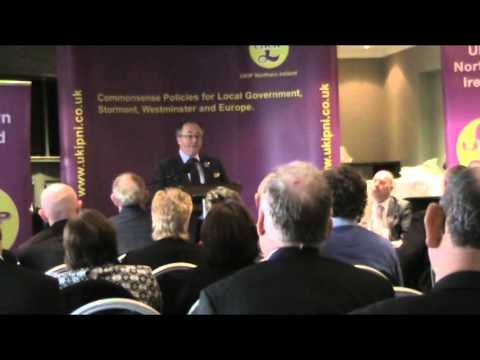 Former Ulster Unionist Party leader and First Minister (now Tory) Lord Trimble has also backed the #Brexit campaign but it seems the UUP prefer to largely sit on the fence.

Sinn Fein continue their confused relationship with the EU having previously opposed the EEC & Gerry Adams recently quoted in An Phoblact as saying that recent events in Portugal `confirms the worst fears of people here about the direction of the EU and further exposed the anti-democratic nature of present EU project.`

Whilst Daithí McKay MLA has said leaving Europe would cause ‘economic devastation’ on the island of Ireland and cited farming and fishing. DARD Minister Michelle O`Neill has recently stated that “The European Fisheries Fund has made a significant contribution to our commercial fishing and coastal communities…”

She failed to mention that the UK has almost 70 per cent of Europe’s fishing grounds but only 13 per cent percent of its fishing quota. The Common Fisheries Policy opened up the UK’s fish to all EU member states – £130 million of fish is dumped annually under the EU’s Common Fisheries Policy.
This is contradicted by Sinn Féin’s Ireland South MEP Liadh Ní Riada who has met with European Commissioner Karmenu Vella to discuss

“the negative state of Irish fisheries, the existential threats to the livelihoods of native fishermen and their marginalisation by the government and the EU compared to their counterparts….I have consistently made clear the substantial contribution which Ireland makes to the EU economy in terms of the value of the fish taken by other member states from Irish waters….”

Sinn Fein have stated our agriculture industry and rural communities continue to reap the benefits of European Union membership through the Rural Development Programme. Do Sinn Fein think this is free money? This is UK taxpayers money.

The recent comments by Sinn Fein MLA Oliver McMullan at the recent farming debate held in Cookstown are a great example of this. Mr McMullan rebuked UKIP representative Alan Love who blamed bureaucrats in the European Union for making bad decisions that affected the local economy and asked where would the subsidies come from if we left the EU.  The Northern Ireland Agricultural Producers’ Association and Farmers For Action debate  attended by UKIP, Sinn Fein, Tories, UUP & SDLP vote 60/40 to leave EU. Leaving the EU would save £55 million per day. UKIP have previously suggested a UK Single Farm Payment to replace the EU equivalent.

At the previous European election the European Free Alliance which includes the SNP & Plaid Cymru released a video which acknowledged that 70% of our laws are made by the EU.

Former DUP MEP Jim Allister QC MLA recently demolished the SDLP`s Alban Maginness on BBC NI The View  #brexit discussion which you can view here. He articulates that Northern Ireland exports in 2014 totalled £14bn – of which £8bn wet to the rest of the UK. Only half of the remaining £6bn went to the EU (of which £2bn to Republic of Ireland ) , the other £3bn went to rest of the world. He also outlined that the UK runs a £30 million trade deficit with the EU daily and that Article 50 of the Lisbon Treaty imposes an obligation on the EU to conclude a trade deal with any country exiting the union.

The recent sell out Times debate on this issue is worth a view. Tory MEP Dan Hannan debates Former Deputy PM Nick Clegg.

– Alan Day (aka Kilsally) is the UKIP candidate for Mid-Ulster in the 2016 Northern Ireland Assembly elections.