That rugby tackle, eh? Boris’s way is the old Etonian way. Coming through and winning, and it doesn’t seem to matter who gets hurt. Even Tory voters, apparently… 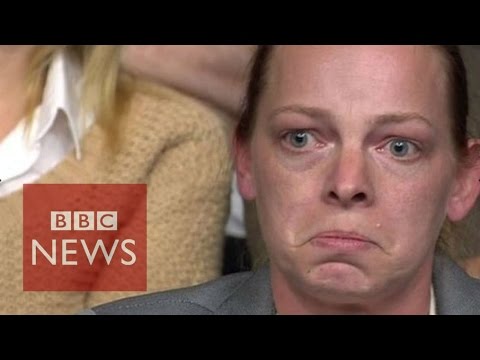 Kate Malby, with a Tory take on the matter…

…last night’s former Tory voter was heavily on message, until suddenly, she wasn’t. ‘I work bloody hard for my money to provide for my children, to give them everything they’ve got… and you’re going to take it away from me and them.’ It was supposed to be redistributive Jeremy Corbyn who was accused of raiding the family kitty, not the sensible men in suits.

It’s a moment that encapsulated every dark association still lurking around voter attitudes to the Tories. They’re out of touch. They lack empathy. They’re on the take and have nasty friends. But worst of all, they lie as easy as blinking. Last night’s questioner wasn’t just a problem because she disagrees with Tory policy.

She’s a problem because she voted Tory at the last election, and now she feels betrayed. ‘You’re about to cut tax credits after promising you wouldn’t.’ (Largely true). Focus group after focus group continues to show that the Tories lose on empathy, decency, moral vision. You just can’t trust them.

This is effectively abolition of the old Family Income Supplement, and it’s predicated on the ambitious target of abolishing credit transfers from the state to individuals. Trouble is it takes immediate effect and cannot compensate with the staged arrival of the ‘living wage’.

Gaby Hinsliff writing during the Tory Conference in Manchester…

Meanwhile the new and most influential player in the battle to stop George Osborne reducing the tax credits on which low-income families rely turns out to be … the Sun. In an editorial this morning it warned that a “living wage”, which isn’t really anything of the sort, won’t compensate for cuts in benefit paid to working people and rightly suggested this undermines Osborne’s attempt to portray himself as a blue collar hero.

Tory wonks and commentators, led by the writer Tim Montgomerie, have been publicly making the same point, and so privately have Tory MPs in marginal seats whose constituents are waking up to the nature of what they actually voted for in May.

The new politics was always supposed to mean that millions of people outside the charmed circle – graphically represented in Manchester by the secure “ring of steel” surrounding the conference – would make themselves heard within it. [Emphasis added]

In other words, identifying and naming the ‘squeezed middle’ and then finding a nicely inventive way to squeeze them just a little bit harder.