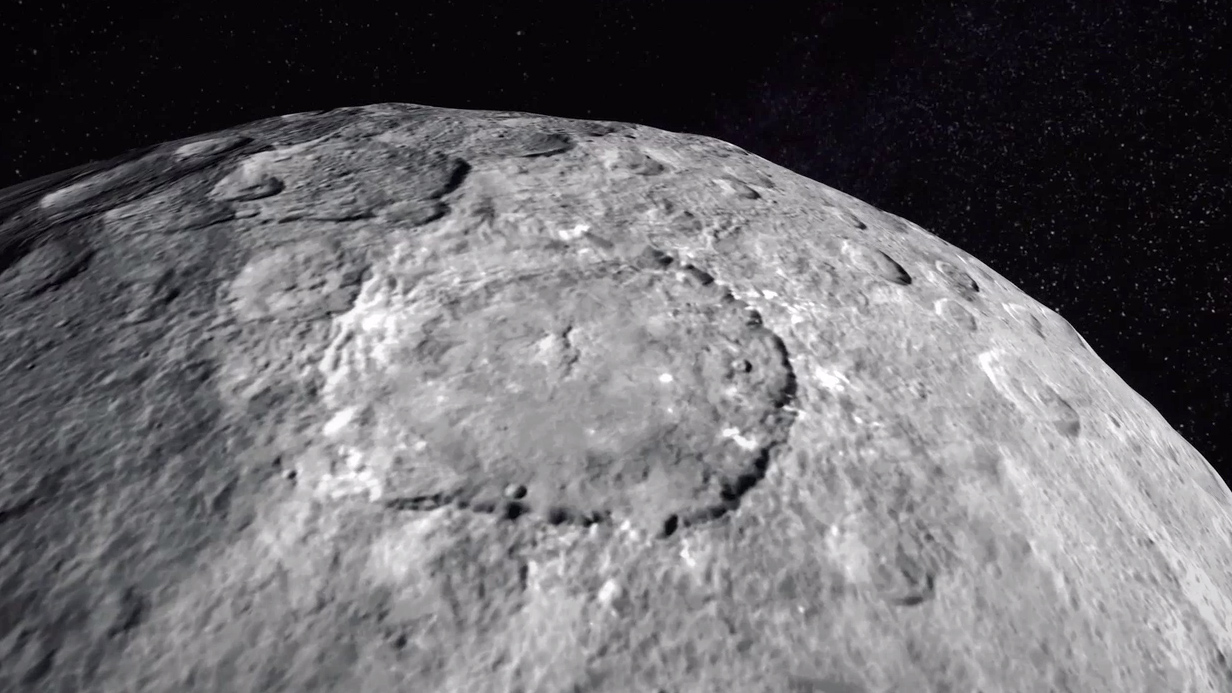 In March Nasa’s Dawn spacecraft became the first man-made object to go into orbit around a dwarf planet – Ceres, at 950km across, the largest object in the main asteroid  belt.  As I mentioned at the time… [Image credit: Nasa/JPL] 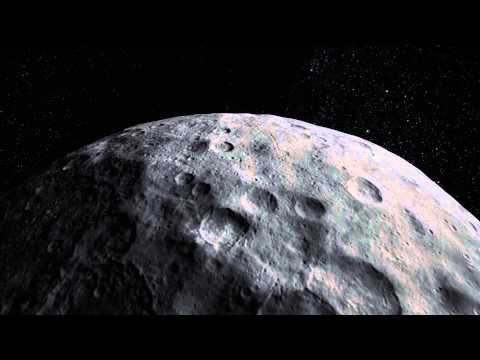 A new video animation of dwarf planet Ceres, based on images taken by NASA’s Dawn spacecraft, provides dramatic flyover views of this heavily cratered, mysterious world. The images come from Dawn’s first mapping orbit at Ceres, at an altitude of 8,400 mile (13,600 kilometers), as well as navigational images taken from 3,200 miles (5,100 kilometers) away. The images provided information for a three-dimensional terrain model. The vertical dimension has been exaggerated by a factor of two, and a star field has been added in the background.

And another reminder that, in July, Nasa’s New Horizons probe will reach its primary objective, after a ten year journey – and undergo a high-speed fly-past of the increasingly complex system around rather better known dwarf planet, Pluto. [Honk! – Ed].