So yesterday began with the publication of a report from the OECD which found an unerring correlation between greater equality and greater economic growth. The finding is new, but not necessarily a surprise.

The gap between rich and poor is at its highest level in most OECD countries in 30 years. Today, the richest 10% of the population in the OECD area earn 9.5 times more than the poorest 10%. By contrast, in the 1980s the ratio stood at 7:1. The average incomes at the top of the distribution have seen particular gains.

However, there have also been significant changes at the other end of the scale. In many countries, incomes of the bottom 10% of earners grew much more slowly during the prosperous years and fell during downturns, putting relative (and in some countries, absolute) income poverty on the radar of policy concerns.

Not surprising because as Richard Wilkinson and Kate Pickett found in their book The Spirit Level, greater equality in societies appears to correlate to all manner of positive benefits. In his 2011 TED talk in Edinburgh Wilkinson gave a number of illustrations using various indices of health and social problems seen against measures of income spread… 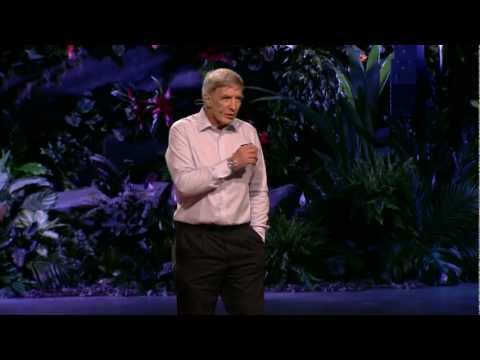 He also notes that

The average well-being of our societies is not dependent any longer on national income and economic growth. That’s very important in poorer countries, but not in the rich developed world. But the differences between us and where we are in relation to each other now matter very much.

So what’s going on? In 2011, Wilkinson speculated…

I think I’m looking and talking about the psychosocial effects of inequality. More to do with feelings of superiority and inferiority, of being valued and devalued, respected and disrespected. And of course, those feelings of the status competition that comes out of that drives the consumerism in our society.

Interestingly, some parallel work going on in social psychology: some people reviewed 208 different studies in which volunteers had been invited into a psychological laboratory and had their stress hormones, their responses to doing stressful tasks, measured.

And in the review, what they were interested in seeing is what kind of stresses most reliably raise levels of cortisol, the central stress hormone. And the conclusion was it was tasks that included social-evaluative threat — threats to self-esteem or social status in which others can negatively judge your performance. Those kind of stresses have a very particular effect on the physiology of stress.

The OECD’s work seems to show that these social effects transfer across as a block to economic growth. Now, it’s hard to reliably infer positive causalities. But the paper usefully challenges market orthodoxies that have become embedded in government thinking over the last 30-40 years.

The OECD report notes a couple of factors in particular worth highlighting:

The relative income of the lower middle class is a key factor. The biggest factor for the impact of inequality on growth is the gap between lower income households and the rest of the population. The negative effect is not just for the poorest income decile but all of those in the bottom four deciles of the income distribution. These findings imply that policy must not (just) be about tackling poverty, it also needs to be about addressing lower incomes more generally.

Redistribution does not hinder growth. The most direct policy tool to reduce inequality is redistribution through taxes and benefits. The analysis shows that redistribution per se does not lower economic growth. Of course, this does not mean that all redistribution measures are equally good for growth. Redistribution policies that are poorly targeted and do not focus on the most effective tools can lead to a waste of resources and generate inefficiencies.

It is not just poverty or the incomes of the lowest 10% of the population that inhibits growth. Instead, policymakers need to be concerned about how the bottom 40% fare more generally. This includes the vulnerable lower-middle classes who are at risk of failing to benefit from and contribute to the recovery and future growth.

Anti-poverty programmes will not be enough. Not only cash transfers but also increasing access to public services, such as high-quality education, training and healthcare, constitute long-term social investment to create greater equality of opportunities in the long run.

Policy also needs to confront the historical legacy of underinvestment by low income groups in formal education. Strategies to foster skills development must include improved job related training and education for the low skilled, over the whole working life.

And as ever, Chris Dillow is on hand to point out that market liberalisation has been followed by a steady tumble in productivity since the reform era of the 1980s.

Okay, so as a devolved unit, there’s not a lot Northern Ireland do about redistributive income or tax policies to address inequality.

But experience in the US suggest that work can be done in education. The Strive Project in Cincinnati was used a few years ago as a case study where it was found that “large-scale social change comes from better cross-sector coordination rather than from the isolated intervention of individual organizations“.

Far from needing a trojan horse, that requires as Matthew Taylor suggests…

a new type of leadership – one that is adamantine in its commitment to an optimistic and progressive vision for Northern Ireland but open, inquiring, humble and adaptive in discovering how to mobilise behind that vision.

Most public debate circle around instruments, commission for this and that, measures to ensure equality which are shrugged off at the first sign of a negative outcome for the home team. Accordingly impacts are isolated, ill-defined and weak. Much of NI’s sporting success for instance has come in spite rather than because of public policy.

There is no such thing as perfect equality. We already knew that inequality exists, but we know it is bad for all of us… The question is, what are our politicians going to do about it?