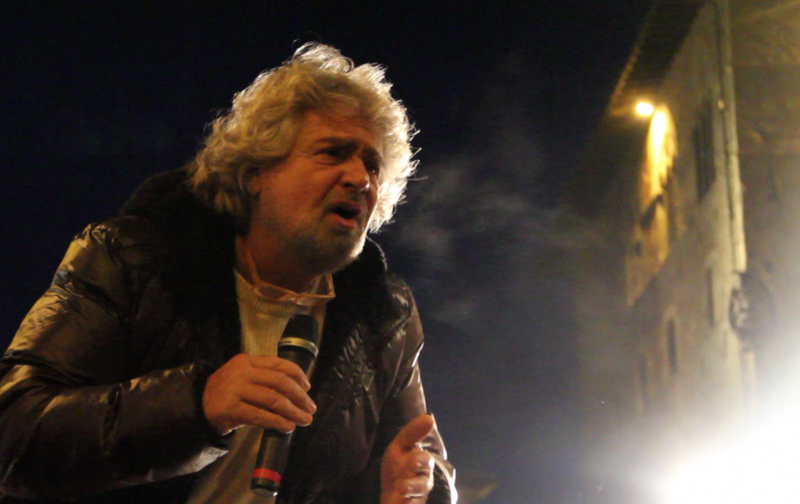 In 1992, Francis Fukayama predicted in The End of History that the end of the Cold War would impend not only an era of triumphant liberal-democratic capitalism, but one where political evolution had reached its final form. Western democracy, he argued, was the best form of state organisation practically achievable by humans.

The folly of such naïve Western triumphalism, already being challenged by China’s authoritarian wave of economic growth when Fukayama wrote his book, was laid bare by Mohamed Atta and his accomplices on September 11th 2001, before finally being buried by America’s failure to create new orders in Iraq and Afghanistan. But within Western societies, it could be argued to have some grain of truth.

The class-driven politics of the greater part of the 20th Century is dead in nearly every established democracy. The model of working-class left and bourgeois centre-right was in trouble long before the implosion of the Soviet empire. Technological changes and, arguably, the success of European-style welfare states in expanding the middle-class rendered its logic outdated.

Italy shows that process more dramatically than any other country. The peninsula was home to the largest Communist Party in the democratic world, with over a million members and a third of the vote at its peak, funded generously by Moscow for decades as living proof that capitalism could be challenged from within its own structures. The PCI had abandoned Marxist-Leninist orthodoxy long before the USSR did, ditched the name ‘Communist’ in 1991, and after a period as the ‘Democratic Left’ now is fully merged into the Democratic Party – an ideological blancmange stretching from Eurocommunism to Christian Democracy, fully committed to the free market and the European Union.

In Italy’s Years of Lead in the 1970s, the prospect of Communist-Christian Democrat co-operation with massive popular support was enough to see Aldo Moro murdered by the Red Brigades with equally disturbing groups on the far-right only sorry they didn’t get to him first. Now, the same ideological coalition can’t even secure an electoral majority against the fatally weakened pantomime villain that is Silvio Berlusconi and an actual professional comedian.

Everywhere in Europe, the traditional parties of left and right are closer than ever before in terms of the policies they implement. And the electorate is deeply dissatisfied. Election turnouts have declined dramatically, most obviously in the UK where the electoral system mitigates against the emergence of protest parties with significant influence. Elsewhere, protest parties of various sorts have emerged, sometimes with staying power, sometimes fading before the next political fad emerges onto the scene. It isn’t hard to see why.

In most countries, income inequality has widened, while with some exceptions unemployment levels, even in times of prosperity, tend to be at levels that would have been considered scandalous 50 years ago. For those in work, permanent positions are harder to come by, with fixed contracts and agency work proliferating. Power has been transferred upwards to the EU and sideways to technocrats in agencies or the private sector, leaving the nation state deeply hollowed out. The most rapid period of immigration the last millennium has transformed the face of cities from Lisbon to Dublin to Helsinki.

Beppe Grillo’s Five Star Movement has been propelled into a pivotal position in Italian politics from nowhere by this week’s election. What makes it so useful for examining the nature of the emerging protest parties is its ideological emptiness and unthreatening nature. This is a protest party that promises to change nothing. Its five stars represent the five vague and unthreatening planks of its policy platform – water, transport, ‘development’, internet availability and the environment. It makes unspecific noises about making government more cost-effective by using the internet and that favourite of politicians with few ideas everywhere, streamlining bureaucracy. On the other hand, it has little to say on economic policy in a country with a ball-and-chain of state debt, lavish pension promises but few children and where it’s virtually impossible to get a mortgage. Its one concrete economic policy seems to be a referendum on the Euro – a referendum, not actual withdrawal, and even that is something of a cop-out as Italy’s macroeconomic car crash was already in place before it joined the single currency.

Like the Pirate Party across the Alps in Germany, its voters tend to be young, well, educated and tech-savvy, and like the Pirates its message seems to be that traditional politicians are nasty obsessive careerists and everything would be better if young tech-savvy people like us ran the country. Even when it identifies Italy’s central dilemmas, it fails to propose solutions to them.

Of course, protest parties come in at least three other types. The nationalist protest party can lean to the right or the left economically, but rarely too far from the orthodoxy espoused by mainstream parties. Instead their concerns are focused on the EU, which all would like their countries to leave, immigration, especially Muslim immigration, and criminal justice where they tend to favour stiffer sentences. These parties also tend to be particularly strong supporters of generous pensions, as they tend to have an older voter base, heavily concentrated among the skilled working-classes and lower middle-classes.

Usually, that’s as far as their policy platforms go. In the rare cases where they have entered government they tend to support the same orthodoxy as mainstream parties. Indeed, many are comfortable remaining outside government while having significant influence, especially on immigration policy, through giving minority administrations parliamentary support. None seems to have any good ideas about how their country can continue to support generous pension provision with sub-replacement birthrates and virtually no immigration.

The left-wing protest party is rarer, but the amorphous coalition of leftists from Trotskyites to Greens that is SYRIZA in Greece is one model of how they might look if the pattern becomes more widespread – so, indeed, is Sinn Féin in the Republic. Like nationalist protest parties, SYRIZA has been particularly vocal on pension cuts, as well as promising to restore the minimum wage and unemployment benefits to pre-crash levels.

On paper, SYRIZA is the most successful political party of the radical left in post-Cold War Europe. Underneath much rhetorical bashing of neo-liberalism, however, there isn’t much radical about SYRIZA’s programme. Beyond a renegotiation of the terms of Greece’s debt financing, the group sees little need for a radical transformation of the Greek economy. Indeed its economic policies are reminiscent of many nationalist protest parties – if only we could turn the clock back a generation or two, before this pesky globalisation thing made everything complicated, everything would be fine. On economic and fiscal policy, there is little to separate it from Greece’s respectable party of the protesting right, the Independent Greeks.

The final subset, regionalist protest parties, is currently best epitomised by the Scottish National Party, campaigning for a Yes vote in an independence referendum on the basis that it won’t actually change anything. Capitalising on a sense of powerlessness by ordinary voters culturally or geographically remote from their nations’ capitals, few of these parties are honest enough to admit that independence probably solves little. The really big decisions are taken either in Brussels, in the world’s financial centres, or just sort of happen without anybody making them.

We comfortable Westerners rightly fear that the standard of living we have become accustomed to may well have been a temporary phenomenon. Japan’s generation of stagnation and onrushing demographic collapse should be a warning to us all.

Technological change increases the premium available to those with the right skills and networks, leaving the rest behind. Cheap transport and virtually free electronic communication spreads supply chains across the planet. Electronic money flashes around the planet in less than a second, making capital much freer than labour. Spiralling medical costs threaten the universal high-quality healthcare we have become accustomed to. Birth rates have collapsed not only in developed countries, but most developing countries, since the advent of reliable woman-controlled contraception, but nobody talks honestly about how prosperity is sustained in a country with a declining population.

Mainstream politicians have ignored these issues as the problems have mounted. But what do the new protest movements offer? – A bit of academic lefty rhetoric, a spot of minority-bashing and longer jail terms, or vague waffle. Nothing that’s fundamentally different from the mainstream offer, nothing that addresses the central problems of our societies. Maybe this is how history ends, with soundbite democracy distracting us with the latest slogans and political fads.