Nasa’s fifth and final Space Shuttle, Endeavour, following in the footsteps of Discovery, undertook a farewell fly-over yesterday atop a modified 747 Shuttle Carrier Aircraft over numerous west coast landmarks including the shuttle’s future home, the California Science Center.  Here it is flying over the Reliant Stadium and the Astrodome in Houston [Image credit: Nasa].

As the JPL press release said

Endeavour holds a special place in the hearts of many at JPL. After all, this is the shuttle orbiter that JPLers have had the most interaction with over the years. The lab played key roles in several of Endeavour’s 25 space missions. Among them, JPL built the Wide Field and Planetary Camera 2 (WFPC-2) for the first Hubble Space Telescope Servicing Mission in 1993, the Spaceborne Imaging Radar-C/X-Band Synthetic Aperture Radar (SIR-C/X-SAR) payload that flew twice in 1994, the Inflatable Antenna Experiment (IAE) and Brilliant Eyes Ten-kelvin Sorption Cryocooler Experiment (BETSCE) in 1996, the Shuttle Radar Topography Mission (SRTM) in 2000 and the Electronic Nose (ENose) instrument in 2008, among other payloads.

Here’s the SCA, carrying Endeavour, as it flew over the NASA’s Ames Research Center in Mountain Valley, California.  And the Golden Gate Bridge… [Video credits: NasaTelevision] 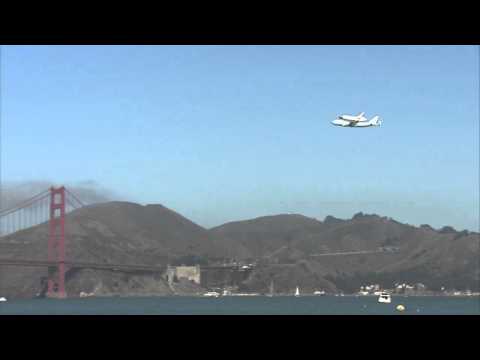 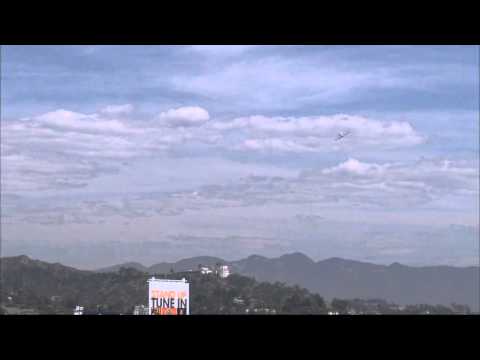 As seen from one of its chase planes on the flight from NASA’s Dryden Flight Research Center to Los Angeles International Airport. 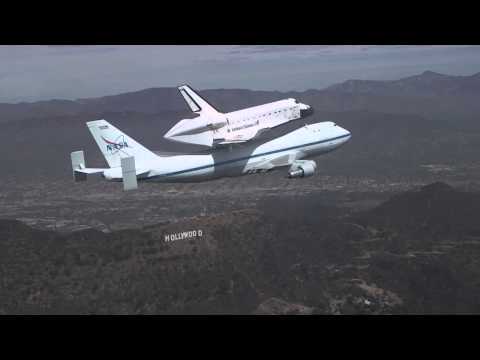 In the skies above the Los Angeles basin, including NASA’s Jet Propulsion Laboratory. 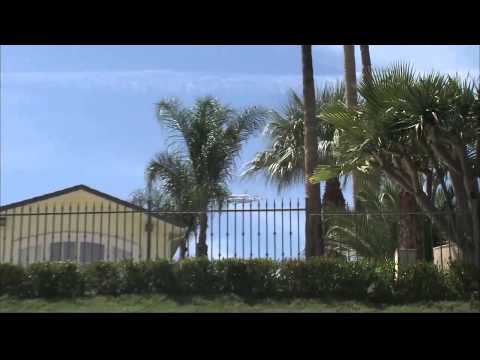 The welcoming ceremony at Los Angeles International Airport with a Fanfare for The Common Man. 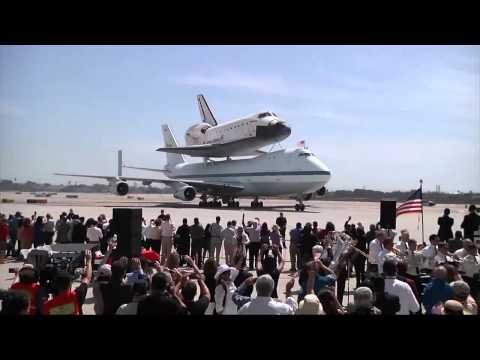