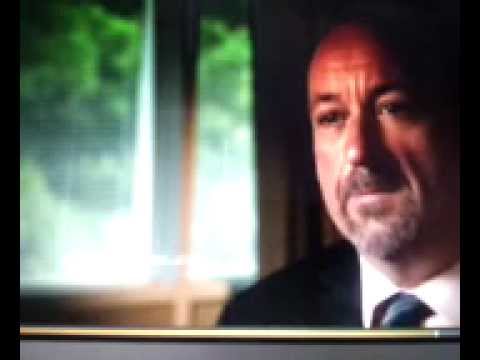 When Tuesday night’s Prime Time feature on Sinn Fein aired on RTE there was nearly a civil war on Twitter. Sinn Fein supporters were punching the air whilst everyone else was grumping that Miriam (of all people) had gone soft on Donegal North East TD Padraig MacLochlainn.

One particular party highlight was the view from Donegal born political analyst Sean Donnelly that in the unlikely event that the very highest current poll ratings were replicated in an election it could give them a quarter of all Dail seats.

Yet the party is still barely known in most of Leinster and Munster, and would struggle to gain a foothold in places like Mayo and East Galway.

In reality Sinn Finn is tracking the voters they believe are most likely to switch to them. At the moment that is those former FF voting, urban dwelling C2 voters most badly affected by the economic collapse of the last few years.

It no doubt helps that there’s a strong consonance with the support Northern Ireland where disadvantaged communities are at the core of their base.

Talking up a middle class offensive – as noted here on Slugger may partly be a ‘market making’ exercise, but it is also about avoiding the kind of ghettoisation that has eventually captured previous northern invasions.

World by Storm notes on the Cedar Lounge Revolution blog:

…in the second last issue of the Phoenix one will be reminded that the 2007 General Election saw ‘the party’s taxation policy agreed at an Ard Fheis [overruled by the leadership]’ and overruled not in a leftward direction. As the Phoenix continues ‘This was part of a rightward shift that provoked an unprecedented revote against the leadership from southern leftists in a 2007 election post mortem’.

And it was not without some internal consequences. He quotes from the article itself:

“In the middle of that debate a motion at the 2008 Ard Fheis from socialist republican TD Aengus Snodaigh, demanding a reversion to the left wing taxation policy, was strenuously opposed by the Nordies and McDonald, who argued that taxes should be raised only where ‘demonstrably necessary’.”

“Even worse, the paranoia about being seen to be ‘irresponsible’ on the economy led to SF’s catastrophic mistake of trotting meekly behind the FF FG to vote through the banks guarantee in September 2008.”

As WBS also notes, the practical corollaries of all this can be exaggerated for political effect, but it is surely indicative of tensions between the party’s ambitions for power on both sides of the border and the politics of those who will inevitably drive the project locally.

But there’s uncertain dynamic in the development of the party’s southern offering which may put limits on the capacity of the party to achieve its ambitious objectives:

…far from SF shifting to some sort of accommodation with orthodoxy after a period of heterodoxy it would appear that SF had already attempted to make such a move (and let’s be honest, not from a position where it was profoundly anti-capitalist) and then retreated.

This is also problematic – for SF as well, come to think of it, in that it suggests that SF has never been more successful than when articulating a left of Labour and broadly oppositional approach to orthodoxy.[Emphasis added]

It may not be an insurmountable road block on the way to power, but it also suggests that the acquisition of power is far from inevitable at a time when the party is already talking about skinning Fianna Fail, while ‘poor old’ Labour has yet to be given a decent burial.

To some extent this is part of the ‘inevitability of the future’ meme (or ‘futuring‘) that’s become such a feature of the party’s rhetoric in Northern Ireland.

However the political game in the south differs strongly from that in the north in a number of important ways:

In Slugger’s review of how the parties performed in last week’s Referendum, I marked Sinn Fein down from top slot in the Referendum campaign, primarily for two things: that misleading leaflet; and the collapse of law suit intended to support a major plank in the party’s own referendum case. No party that’s serious about courting the Irish middle class can afford such crunching ‘mistakes’.

Progress in the south has been remarkable in one respect. Brian Stanley’s seat in Laois Offaly proves they can have an appeal in places where there was formerly only a two party choice. They also have a record, like Fianna Fail themselves, of not easily letting go of a constituency once they get someone in.

But we may also find that the premature death of their rivals, including the ‘poor old’ SDLP,  have been greatly exaggerated…