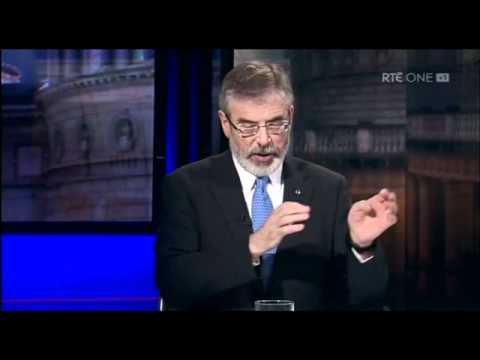 The only extraordinary thing about yesterday’s Red C poll results for the SBP, was the clear swing towards Yes, by six per cent age points. That’s probably reflective of a poor campaign thus far, and the degree of uncertainty thrown up by the chaos in Greece… And, as Stephen Collins noted on Saturday:

…far from undermining the Yes campaign, the arrival of Hollande on the scene with his emphasis on growth should actually be a help to it in the final stages of the referendum debate. The amicable chat he had with Enda Kenny during the week won’t do any harm either.

Not that any of that is reflected in the relative fortunes of the parties. In fact, there seems to be remarkably little impact on the positions of the parties. Fine Gael moves down 3 points, which is the only statistically significant movement. Though I’d take that with a dose of salt until there’s a real indication of trend this far out from the next election.

One detail worth remarking upon, is the consolidation of support for the Yes camp amongst Fianna Fail voters. Pat Leahy in the Sunday Business Post notes (£):

The gains [in treaty support] in the past fortnight are across most groups, but are most noticeable among Fianna Fáil voters (who have rebounded sharply in favour of the treaty), among middle-class voters and in Dublin

The party can probably thank Micheal Martin, their own most unFianna Fail like leader for that modest boost to the yes vote, and, if not yet in any statistically significant way, consolidation of the party’s total. Slapping an silence order on Dev Og may have served to consolidate the strength of the party’s message.

Many party supporters have been champing at the bit to have a good old rattle at the government. But the rather (by FF standards anyway) gentile Mr Martin has taken the view that the party needs to get out from under the nylon suited, cynical, my-party-right-or-wrong image they finally sunk under in last year’s general election.

Elsewhere, Donegal SW TD Pearse Doherty was engaged in a little market making activity in an interview in which he emphasised his own Blueshirt/Legion credentials insisting that middle class voters were coming over to his party, Sinn Fein.

If Sinn Fein are to push forward they need to cleave their way past traditional urban hunting grounds. It’s essential that they get into the heads of the middle class; the kingmakers of Irish politics. And indeed, a poll rating of a fifth of the Republic’s population suggests they are making some headway in that task.

But there is more than one game at play. Martin’s relative success in bringing his own party’s support more fully behind the treaty may be, however tentative, the first signs of recovery in that party’s coherence and fortunes.

Which makes another of Doherty’s speculations interesting… After a very interesting detour around the question of Gerry Adams’ successor, he said this about Fianna Fail:

“I would suspect that Éamon Ó Cuív is hoping that the austerity treaty will be rejected and that will give him a chance to launch a challenge against Micheál Martin.”

Either Mr O’Cuiv has been taking Sinn Fein into his confidence, or the young Gaoth Dobhair man is deliberating trying to sow further dissension amongst the real target of their big push for power in the south…

Or maybe even both!