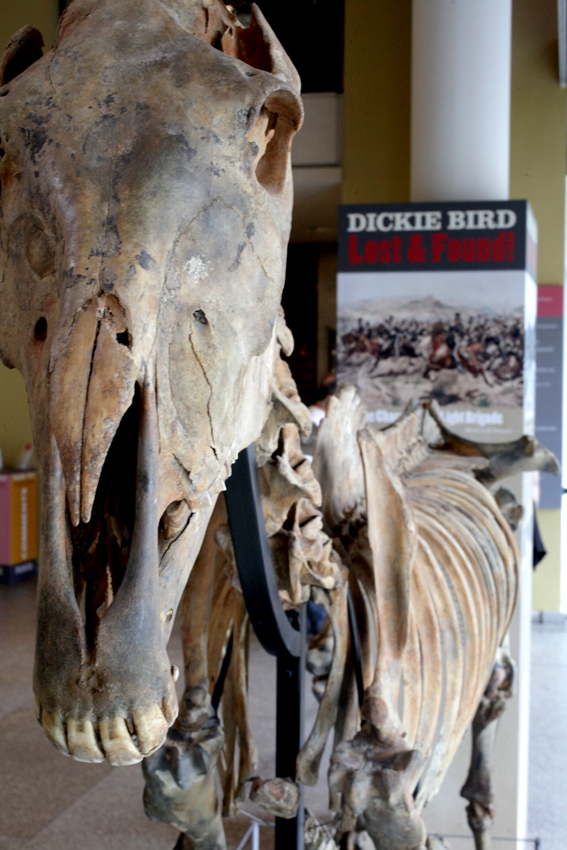 Collins Barracks. There’s a great exhibition ‘Soldiers and Chiefs‘ on at the moment which is interesting and full of information. It includes this skeleton of a horse Dickie Bird, that survived the Charge of the Light brigade ending up as the Regimental mascot of the 5th Dragoon Guards. From the plaque found at Clancy barracks where Dickie was buried
“Near this spot lies the remains of Dickie Bird B7, troop horse 5th Dragoon Guards. What was foaled in 1850, joined the regiment in 1853 and served throughout the Crimean Campaign from May 1854 to June 1856. He was shot on the 21st November 1874 by special authority of the Horse Guards, to save him from being sold at auction.”
Normally horses were sold at auction and then rendered (sold as meat?). A painting of Dickie was commissioned by the regiment and one of his hooves was removed and turned into a silver mounted trophy (actually a pin cushion!)
I’m going to ensure that i don’t leave it another 10 years before i visit the museum again.