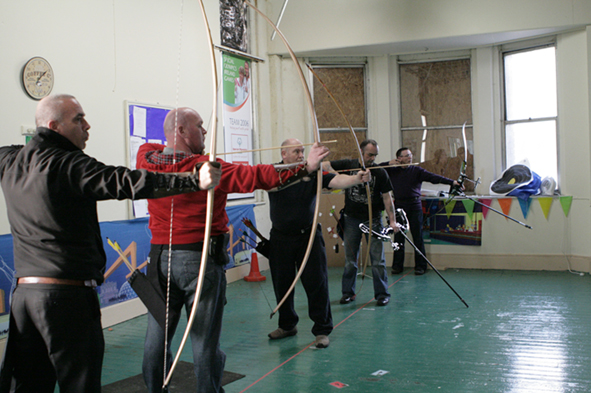 The City of Belfast Archers  has been in existence for 20+ years. Modest fees ensures that the club meets twice a week. In the winter months an old snooker hall in the city centre has been their clubhouse for a couple of years. During the summer they practice at the Council owned  playing fields off Boucher Crescent. This arrangement is under threat with a proposed rate increase from the Council which is extortionate at 1100%. It’s the hope of the membership that this increase has come about as a result of a new accounting system at the council, preferring to think of it as a computer error.

The club runs and enters competitions and is open to all. Their youngest archer is a 5 year old and they have a potential para-olympian as a member. The closure of the club would surely dash any hopes he might harbour of becoming a medal winner.

There is to be a meeting in the next week or so to discuss this increase in rates which threatens the club with closure. The members i spoke to were fairly upbeat but under no illusion as to the possible outcome.