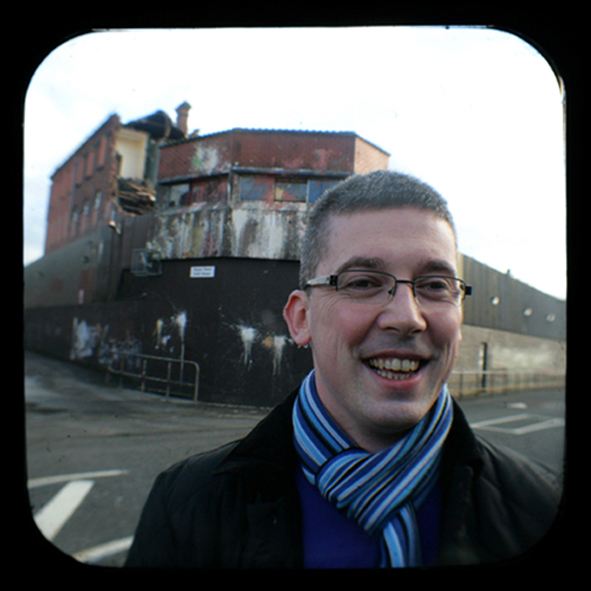 Sinn Fein representative Niall Ó Donnghaile pictured yesterday outside the partially demolished PSNI barracks on Mountpottinger Road. Internal stripping of the building has been going on for the last few weeks and this week saw the start of the building itself being demolished. For years the Police station which is located in the centre of the Nationalist Short Strand has dominated the sky line. The need for social housing in the Strand means that in all likelihood the site will be used for new housing.