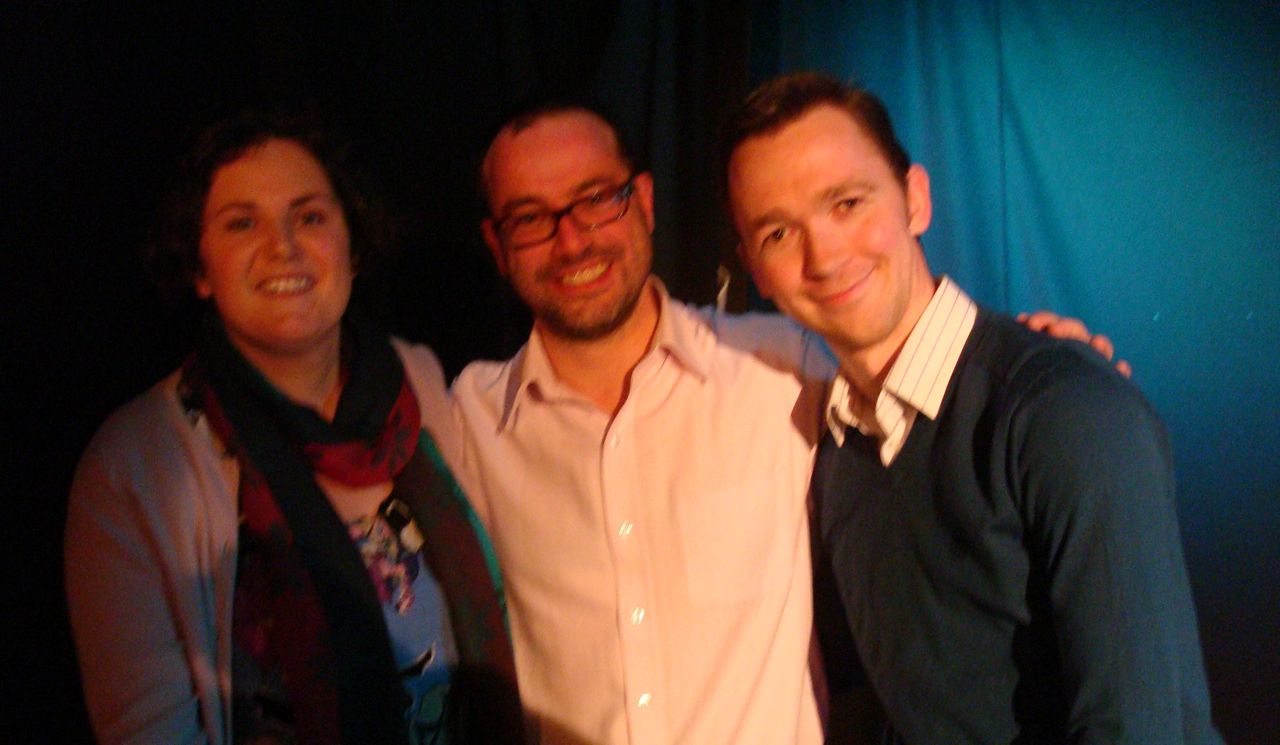 Last night Haiti was the real winner with £1225.90 raised at the Great Big Politics Quiz to help re-house some of the million-plus poor Haitians left homeless by the January 2010 earthquake.

An outbreak of cholera in Haiti has resulted in more than 2,500 cases and 200 deaths. People forced to live in the island’s huge campsites are highly vulnerable to cholera, which is caused by bacteria transmitted through contaminated water or food. The house-building project, run by Irish charity Haven Partnership, aims to provide permanent homes with a clean water supply to hundreds of Haiti’s poorest families.

Belfast journalist Ciaran McKeown is part of a large group of volunteers travelling out on Saturday to the capital Port-au-Prince to help build the houses. He explained:

The cholera outbreak underlines both the importance and urgency of getting people out of the terrible conditions in some of the vast tented camps and into decent homes of their own. It is terrific to see so many of Northern Ireland’s political community rallying round to support this vital cause.

By far the lowest scoring rounds were the first and last: political quotations along with international and historical politics were no one’s forte. But despite claims that the questions were too hard, most rounds had teams that scored highly. Of particular note …

At the end of the night, tied in third place with 44 points were Must I Really Say to the Member and We Demand a Recount.

Log Off & Get a Job (the team of local journalists) came second with 46 points and picked up their prize of a meal for four and a tour of Parliament Buildings!

But racing ahead with a lead of four point were Stoops to Conquer, the South Belfast SDLP team who won with 51 and picked up an enormous hamper [Ed – actually an Amazon box – very practical for the size of the swag] of political books and DVDs sponsored by Strategem.

The the event is ever repeated, make sure your team has someone who knows a bit about (southern) Irish and European politics. It seems to really help!

Many thanks to all who attended and made it a great night of craic and charity.

Slugger likes a graph, so as a bonus treat, the score sheet is included below for anyone who wants to weigh up the strengths and weaknesses of the teams!