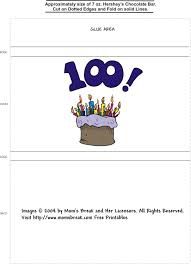 I was going to post something very chirpy to celebrate my 100th post, but another thread has reminded me how difficult and isolating this blogging lark can be. When the conversation started about the dearth of female bloggers on Slugger many months ago, I initially resisted, as I felt there were more reasons against it than for it. That hasnt changed all that much.

As a woman on a predoninantly male site, it has been very challenging to blog here from the very first post. I was very tempted to throw the towel in for quite a while, but was encouraged by some of the others to try and carry on. In that respect, things have settled down greatly, and I think most of the men are slightly more used to having a woman aboard ship. I have made a few mistakes (2), but by and large, I try to post from my own personal perspective and point of view. Actually, that was the only thing I was asked to do…. write about what interests you! I have learned that life is short and we should make the most of it, but at the same time we should certainly always attempt to enlighten ourselves and not retain one fixed view of the world. In other words, ligthen up lads……

On his ‘anniversary’, Fair Deal invited critiques. Yes, well, guess who isnt going down that sure road to a kicking. You can comment, but lets try to remain positive!

Instead of you telling me….. I’ve decided to have a little fun of my own and have created my ‘birthday’ list, and imbued myself with magical powers for the night to give presents to my Slugger colleagues.

First, I am going to wave my magic wand over Fair Deal and Chris Donnelly. They will be inextricably linked for the next 4 days, and in that time they will jointly attend a Black Saturday march, as well as an IRSP Hunger Strike Commemoration. Ah, but, thats not all………. They will each enjoy each celebration equally, and appreciate the others culture. If there is time, Fair Deal should go to Croke Park on Sunday and Chris to a Rangers game.

Right then, next is Gonzo. Easy choice, he gets a Life Time Subscription to the Belfast Telegraph, assuming it lasts that long.

Next is Pete Baker, of whom I have grown very fond. .He gets a new anorak, and a new foil hat, or tin hat or knitted hat, or whatever he likes.

Michael Shilliday gets a life subscription to Tai Chi or Yoga, or some other appropriate method of relaxation.

George, I rather fancy giving you a life subscription to Croke Park.

And Mick. Dear Mick. Well, I have decided Mick gets a Billiards table. So many balls and no men, so he can be happy and content there.