Boris Johnson wins a confidence vote by Tory MPs 211 to 148.

The mood music had been playing the tune of survival since early afternoon – that Boris would emerge from the vote of confidence sweaty, breathless and staggering – but no less defiant or verbose. A sort of political Tyson Fury. Stretched analogies of Shakespearean plotting and betrayal have been thick and heavy in recent days, but ultimately this rebellion has amounted to more of a butter knife instead of a dagger in the back.

Indeed, Newsnight’s own Political Editor Nick Watt Tweeted this earlier, suggesting that the writing had been on the wall:

PM ally: there are not the votes to end @BorisJohnson premiership. So this is just about undermining the Conservative party’s best electoral asset since the 1970s

Regardless, today must have been one of those days where it’s so thrilling to be a journalist – especially a political reporter, or a correspondent whose privilege it is to duck and dive though the nooks and crannies of Westminster. Tonight’s This week’s editions of Newsnight will be a must-watch.

Boris’s affable early performances on ‘Have I Got News For You’ were the first exposure to Johnson for many of us. Ahem. In fact, many people were seduced by his reassuring Etonian charm in the aftermath of the 2011 London riots, when he literally gripped the shaft of his broom and swore to clean up the streets. I think his political capital was quite valuable at that stage, and his off the cuff and energetic presence was clearly enough to propel him to the top job – eventually. 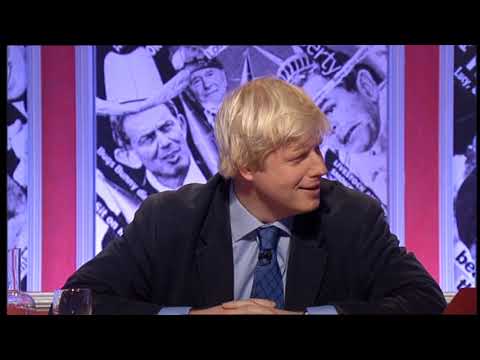 Many have predicted his demise since the ‘Partygate’ scandal broke (and long before that!), but he’s still standing. Even the boos at the weekend felt distinctly of the pantomime variety, truth be told. His party, although fractured, have stuck with him anyway – regardless of the public perception. Perhaps the death knell could come after the upcoming Wakefield by-election The knives might be sharper then, with the extent of the result damage there acting as a litmus test for the mood of the electorate.

From a local perspective, it’s fascinating to wonder about the thoughts of the DUP MPs tonight. Would they have been hoping for an ousting?

As to the final big question from today (depending on your level of political anorakary): Was this ‘a vote of confidence’, or actually ‘a vote of no confidence’? What is the difference? I am confident to say that I do not know! Either way, the outcome was the same – Boris The Great will zipline his way to the next controversy, and the clicks, tweets, and justifiable grumbling from the public will continue for another while yet.

Jason is a proud native of Tyrone, living and working in County Down.