Wow, it really did take a long time to count the votes, but now all seats have been filled.

Sinn Fein kept their 27 seats and claim the title of First Minister. We all know the First Minister’s roles are equal but the DUP never miss an opportunity to sow the seeds of their own destruction. They could have agreed years to change the name to joint First Minister. Worse than that they kept using the threat of a SF First Minister as their key election strategy knowing full well that with demographic changes that moment would come someday.

Well done to Sinn Fein but I imagine they will need to do a bit of soul searching about where they go next. The Republican movement has been against the existence of Northern Ireland since it’s foundation, so it is a bit ironic that they have ended up in charge of it. They can spin the message that this is a transition phase on the way to Irish Unity but that is at least 10 years out. Sinn Fein should remember the sign “The Buck Stops Here” that was on President Truman’s desk in his White House office.

Likely we are coming into a recession, the health service is a mess, and strikes are looming in education and other areas, it is looking like a rocky few years ahead and as the top party, Sinn Fein will be getting most of the flack. I imagine they will try two strategies, blame all the problems on the Brits not giving us enough money and proclaim that a lot of these issues would be fixed with Irish Unity. How this will wash with the public I do not know.

I personally think it would suit Sinn Fein if the DUP refuses to take part in the Executive, that way they get all the glory without having to deliver.

The big losers have been the SDLP, down 4 seats. I personally thought the SDLP had been on a roll the past few years. They have a great number of solid media performers like Claire Hanna and Matthew O’Toole. Colum Eastwood did very well at the leader’s debate. Nichola Mallon losing her seat will be a big loss, she was a solid Minister and a likeable Politician. The SF vote only went up 1% so I suspect the SDLP is losing the conservative Catholic vote to Aontú, and losing the middle class liberal Catholic vote to Alliance.

It has been a privilege to serve the people of North Belfast as a Councillor and then a MLA for the past 12 years. I want to thank every single person who came out to vote for me over that time. Time for a new chapter and lots and lots of time with these three. pic.twitter.com/DqaFJN8kS1

As a person who voluntarily buys tofu, I was sad to see the Green Party lose its 2 MLAs. The Greens are a likeable bunch and a character like Brian Smyth would have injected some much-needed personality into the Assembly.

The real winners of the election have been the Alliance Party. They more than doubled their seats to 17, a magnificent performance. Since 1970 they have been telling us that there is a large silent majority in Northern Ireland who just want to keep on with their lives and live in peace. This middle ground never materialised at the ballot box and for decades Alliance was a marginal party. But over the past 20 years, they have had continual growth. Naomi Long has proven a popular leader and a good media performer.

Will this election be a tipping point for Alliance? The UUP, SDLP and Greens could start to bleed talent to Alliance. I would not be surprised if first-timers like Conor Houston now regret not running for Alliance.

I am not an Alliance voter but I am glad there has been a rise in the middle ground. I know John Mooney will comment with his Letsgetalongerist jibe but I suspect we are looking at an important change.

I did not watch one leader’s debate, listen to any radio interviews, nor watch The View. I would be happy if I never hear the Nolan Show or an interview with SF or the DUP ever again. After over 20 years of our everlasting Peace Process, our traditional pantomime politics bores me and I suspect I am not alone.

Yesterday I have a lovely day in Armagh. The sun was shining as I dandered around the historic streets of the ecclesiastical capital of Ireland. We took junior to the extremely impressive Gosford Park with its 6 playgrounds and beautiful grounds.

Gazing out on the magnificent vista before me I had an epiphany – Northern Ireland really is quite beautiful. When you look around you at the horrors of the World we really are lucky to be living here. Sure we have our problems, but given the choice of being in a steel plant in Maripol or having ice cream in Gosford Park I know which one I would pick.

My motto in life comes from the Dublin singer Damien Dempsey:

For a happy life, you need to silence the negative vibes. Get off social media, turn off the news, most important of all never listen to the Nolan Show, and even step away from Slugger. It is a beautiful day, get out for a dander, get an ice cream and marvel at God’s creation.

Embrace impermanence and get on with living your short life. 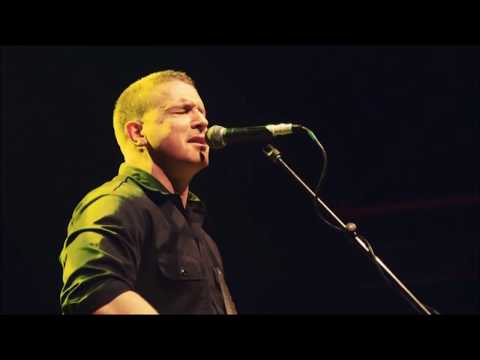