Keeping to the chilled theme for the holidays, I promised a second musical treat. It’s Doireann Ní Ghlacáin’s documentary on her grandfather, C20 Irish composer Seán Ó Riada. He died in 1971 leaving behind haunting pieces like the score to Mise Éire: 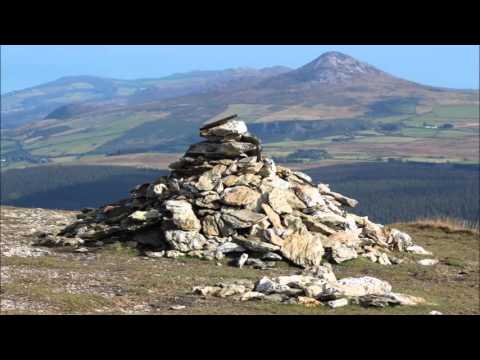 If there’s a comparison to be made between Ó Riada and Barenboim it’s not in the music so much as their commitment. Seán’s Ceoltóirí Chualann was a presage to The Chieftains both of whom transformed Irish music (and language). And their stature.

That’s big with those of us who care about the language, how we got it and where we hope it may be going. Earlier generations who’d cast it off did so believing that it would limit their life possibilities, rather than enrich them. Ó Riada helped to turn that ship.

In the programme we’re told that The Chieftains came about because Paddy Moloney’s wish to continue with concert tours clashed with Ó Riada’s commitment to his adopted parish of Cúil Aodha, in the isolated Gaeltacht area of Múscraí in west Cork.

He settled there after following his wife Ruth to Paris in the 50s in an effort to find his place within classical music. Indeed one of the most fascinating passages (in English) is an interchange between Doireann and Belfast born pianist Barry Douglas.

In Paris he seems to have come under the influence of the avant garde composer Olivier Messiaen, who at that time was teaching at the Conservatoire de Paris. But the most profound effects of his work were in his adopted home of Cúil Aodh.

For a man who lived such a short life, he died at the age of forty, looking like a man of ten or maybe fifteen years older, he appears to have had a profound effect on the people around him and upon the self belief in their community culture.

His wife Ruth says “we decided to go back and do the thing right and throw our lot in with the Gaeltacht.” He set up Cór Chúil Aodha in part to have a body of singers to write for, but also to show local people of the richness of their cultural inheritance.

Even in places where the sung Mass he composed for the Cór is not performed as whole, his Kyrie Eleison is now a standard part of the ordinary Rite in Irish speaking areas all across the island. That’s more profound than it may first sound.

Until Vatican II, Irish was never used as part of the core worship of rural Catholic despite the fact that much of the country still spoke Irish as late the pre Famine years. Ó Riada’s work helped to reinstate the language at the centre of rural community life.

Most movingly (and tellingly perhaps) for me, his eldest Peadar talks about his father’s early death when he was just sixteen:

I think it was the pressures of life that led to his death. Too much fell on him far too heavily and he had no way out, at least none that he could see. And perhaps the only crutch he had was the drink. I wouldn’t be angry with him at all.

A person lives their life as best they can, and Seán always used to say, ‘be honourable’. That is, always tell the truth, and do for others, not for yourself. So, sin é. You’ll have to make your own mind up now.

It’s worth watching the whole thing here. If you don’t have Irish or yours is rusty, don’t forget to switch on the Irish subtitles so you don’t miss anything. What you see or hear there may be new to you, strange even, but it’s a universal story beautifully told.