As the PSNI turns 20 the issue of Catholic representation is in the news again. From the BBC:

It comes as the PSNI launches a new recruitment drive in the week that marks 20 years since it was established.

Legislation, which ran for a decade until 2011, saw Catholic officer numbers increase fourfold – they now make up 32% of the service’s 7,000 officers.

But since the legislation ended the increase has stalled and there have been warnings numbers could begin to fall back.

In terms of applications, 66% were from those of a perceived Protestant background, 31% Catholic and the remainder were undetermined.

But when it came to appointees, 75% were Protestant and 24% Catholic – though recruitment is said to be “ongoing”.

I have discussed this topic before and many of the same issues still stand. Being a peeler sounds like a terrible job – a social worker with a gun. The pay is average and occasionally people try to kill you – it is not an easy sell as this Glassdoor review by a police officer highlights:

Where shall I begin? Probably easiest to bullet-point this as it would be too long otherwise.

– Very real threat of being murdered both on and off duty.

– Dealing with actual crime is increasingly rare. You will spend the majority of your time mopping up after Northern Ireland’s other overstretched public services (such as dealing with mental health problems and attending ambulance calls because there are no ambulances available – despite only having basic first aid training).

– Impractical, uncomfortable and even dangerous uniforms with no prospect of modernisation (senior management ignored an internal survey where officers overwhelmingly begged for change).

– The job is overly politicised. There’s a palpable hatred of police officers from a significant number of people on both ‘sides’ in NI that is unlikely to ever dissipate. You are extremely likely to be assaulted on a regular basis (this is evident from the appalling statistics regarding assaults on police officers in Northern Ireland).

– Finally, the calibre of recruits has reduced in recent years as applications have dried up (who in their right mind wants to risk their life and work in such a toxic environment for £19k a year?). As a result, you may be forced to trust someone with your life who shouldn’t be trusted to carry a bag of flour.

If you made it all the way to the end, thanks for hearing me out. Please, please learn from others’ mistakes and do not join the PSNI. Look at police forces in mainland GB instead.

Obviously, that is just one review, I am sure other officers have different views.

When it comes to catholic recruitment this report from 2019 is still relevant: 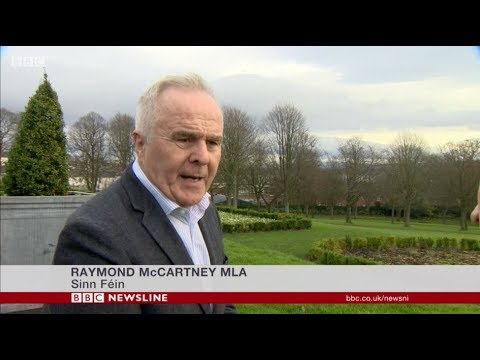 The good news for the cops is I don’t think Catholics are that bothered anymore about the PSNI being majority Protestant. In theory, we need a police force that represents the community, but I think it is more of a collective step back by the Catholic population, they are thinking let the Protestants have all the hassle on this one. Now the police are no longer actively involved in trying to kill them or covering up murders they are happy enough to let them get on with it. Why be a peeler when you can have a far easier life as a solicitor, barrister, or any of the other thousand occupations that don’t involve mediating tiresome neighbour disputes or worse getting petrol bombs lobbed at you?

You have to give the police credit, they have come a long way in 20 years.

A lot has happened over the last 20 years….Check out this timeline of some key moments in policing history since the establishment of the Northern Ireland Policing Board & the Police Service of Northern Ireland. #NIPB20 #Reflections pic.twitter.com/7LPidfGG4a

As Joe Brolly says it is one of the lasting achievements of the peace process.

Joe Brolly: Fair and well run, the PSNI is the jewel of the peace process https://t.co/LDexday4pF pic.twitter.com/BuiF88eost

So expect lots of ads in the Irish News, awkward photo ops with Nationalist politicians etc. But I suspect the general response from Nationalists will be ‘no thanks, we are good’. I also think many Nationalists now view the PSNI as a transition force: how soon before we are discussing an all Ireland police force?

Come along to our recruitment event next week and find out if policing is the career for you. Applications to join the police are open now at https://t.co/GYL4lWKYC3 #JoinPSNI pic.twitter.com/mFwgbDxz5U