Crawford Gribben’s new book, The Rise and Fall of Christian Ireland (Oxford, 2021) is a remarkable read. With a narrative spanning almost two millennia captured in a main text of just 220 pages, Gribben covers a vast amount of ground in a relatively concise text. His achievement is to provide much needed perspective on where Irish Christianity came from and where it may be headed.

The book is published by an academic press and Gribben is a historian at Queen’s University Belfast. But it is written in a clear, engaging style and has a £25 price tag, making it accessible for a general audience.

The book includes some details of pre-Christian Ireland. But – as would be expected – it really gets going with the arrival of St Patrick. Though Patrick was not the first Christian missionary to Ireland he is certainly the best known. Gribben helpfully contextualizes Patrick’s mission as occurring ‘at the end of the world’: the disintegration of the Roman empire made Christians feel as if they were living in the last days.

Apocalyptic insecurities arise again and again in Gribben’s telling of the story of Christian Ireland (for example, in the development of dispensationalist theology by Church of Ireland minister John Nelson Darby in the nineteenth century), and remind us of the relationship between religious zeal and times of social, economic and political insecurity.

Gribben covers the best-known highlights of the island’s Christian history, including the development of a sophisticated monastic system of church governance; the globally-significant role of Irish missionaries like Columbanus and Columba (the work of Irish missionaries in more recent centuries is relatively under-examined); and the Catholic ‘devotional revolution’ and Protestant evangelical revivals of the nineteenth century.

Watch: Crawford Gribben on the Rise and Fall of Christian Ireland 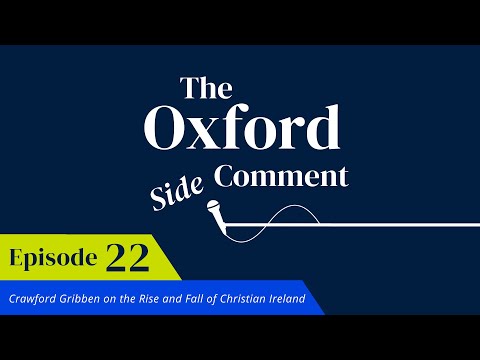 Much attention is paid to the churches’ relationships with political power – and rightfully so – given that this is such an important part of the island’s story. Gribben also considers the cultures of abuse cultivated in independent ‘Catholic Ireland’ as well as Northern Ireland’s recent ‘Troubles.’ He writes of ‘sudden onset secularization’ in the Republic and a slower, but still seemingly inexorable, process of secularization in Northern Ireland, trends that have become increasingly obvious since the 1990s.

The focus on relationships between religion and politics means that at times details of the social roles of religion, including its importance in people’s everyday lives, are under-examined (here, engagement with Tom Inglis’s sociological work could have proved helpful). Of course, in a book of this scope and ambition, it is useful to remember that tough decisions about inclusion and exclusion had to be made.

Women’s contributions are present – for example, readers meet Lizzie Gillan, a Brethren missionary to China. But overall women are under-represented, especially in recent decades, when we know that women are more likely to practice their religion than men. For example, Gribben rightly identifies former Taoiseach Enda Kenny as a strong moral voice as truth about abuse in the Catholic Church came to light; he equally might have emphasized how former President Mary McAleese or survivor Marie Collins exuded moral authority in these conversations.

The title of the concluding chapter is ‘Losing Faith in Ireland?’ and in it Gribben considers whether or to what extent Christianity may survive. This makes for fascinating reading. Up to this point in the book, Gribben’s historical account should already have alerted readers to the facts that religion is always changing, devotion has peaks and troughs, and religion’s socio-political significance waxes and wanes. He pays considerable attention to the activities of more conservative laity, both Catholic and Protestant, seeing in their intentional communities a means by which faith may survive. Less attention is paid to more liberal Christians or clergy trying to reform our historical denominations from within.

But if there is one message to take away from the book, it is that Irish Christianity has risen and fallen many times before. What happens next will be up to the people that Gribben calls the ‘new Patricks’ – and the decisions they make about how they live their faith today, and tomorrow. 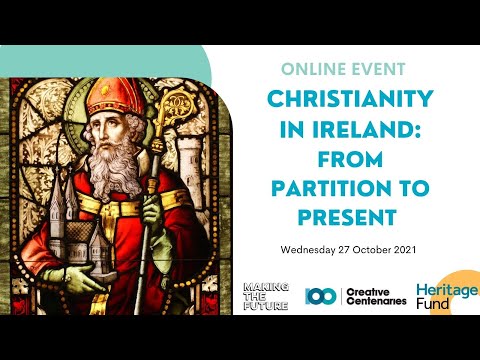