I’m sitting on the toilet at 3am every night, doom scrolling on my phone. I am constantly refreshing and gorging on graphs. I must have the latest numbers… do I buy more, or sell? Am I a diamond-handed alpha, or a paper-handed cuck?

Dogecoin – a novelty cryptocurrency – is surging, and the wider world of digital money has seen a remarkable boom in amateur investors recently, driven by online forums such as Reddit. These people are on a hiding to nothing, but it’s too much fun to stop. The terrible truth is that I’ve also become totally hooked by crypto, and crave unfettered access to hard digital dosh.

Cryptocurrencies are types of digital money, which people invest in. Most of us are probably familiar with the Big Papa of the crypto world, Bitcoin. Although with prices currently at an eye-watering $48,000 dollars per BTC, and a crash surely only around the corner,it can seem like an intimidating – or entirely pointless – investment: £20 would buy you a mere 0.000406 of one Bitcoin, presently.

With a cunning plan in place, I approached my financial adviser, AKA my wife, and said, “I’d like to take more responsibility with the money in this relationship.” I used to have a terrible track record of missed direct debits, late payments and the occasional – and disastrous – unarranged overdraft. Marriage was great for me, as I could instead focus my energies on areas where I would make a real difference, such as bin-emptying and cleaning the leftover gunk from the kitchen sink.

I simply can’t be trusted to look after the bank accounts.

Miraculously, my financial request was granted: I’d be moving from eunuch to empowerment and could pay a couple of upcoming bills myself – a kind of pecuniary probation. She handed over the debit card.

I blame the scent of E. Musk in the air. The entrepreneur and chief space cadet, Elon, has recently begun championing Dogecoin – a cryptocurrency originally created as a joke to poke fun at the Bitcoin big boys. A month ago, 1 DOGE was worthless, but the multi-billionaire’s tweet that “Dogecoin is the people’s crypto” went supersonic, and saw the value of Dogecoin subsequently take-off (albeit in relatively modest terms – it’s still only worth around four pence!).

No highs, no lows, only Doge

I’ve spent the last week running with the Doges, snuffling down the rabbit hole of Crypto Cyberspace. I’m all in for £90 and a couple of thousand DOGE to the good. With the price steadily rising in recent days, it’s an addictive thrill. As they say on Reddit, “Hold! Hold! Hold!”

Rock god Gene Simmons has even homed in on the action.  Naturally, I inform friends on WhatsApp. One of them gets back to me and says he’s just bought fifty pounds worth. Another says his wife is sceptical, “but wait ‘til we’re in Monte Carlo, smoking Cubans,” he adds, having just blown £200 on the Doges! What on earth have I done? Notions of “This time next year, Rodney”… 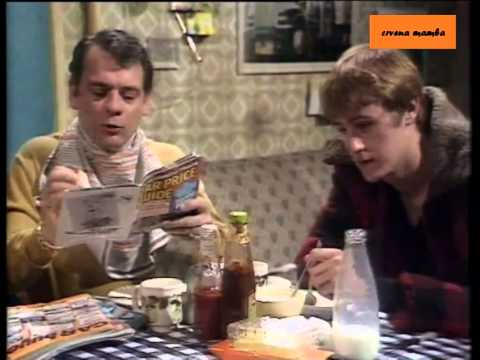 Undeterred, I decide it’s time to diversify my portfolio, and dip my toe in the beautiful and scarily futuristic world of Ethereum.  Ether, or ETH, is another cryptocurrency, and is described as “a global, decentralised platform for money and new kinds of applications”. All of which feels a little too much like Terminator territory for me. Skynet, anyone?

Still, Ether is trading at an all-time high at the minute, with 1 ETH is currently worth a salivating £1,300. The lamentable 0.021 ETH that I dared to purchase would get you about two large pizzas from Dominos. But I’ve read from people online who claim to be ploughing £100 into it every pay day. That’s risky behaviour for a cryptocurrency that could collapse at any moment. However, one poster on Reddit, Dangeruk, claims to have paid off his mortgage and thrown a deposit on a new car – all thanks to Ether.

It’s this sort of frenzied excitement that keeps us going – crypto-freaks and noobs like me, who feel we’ve discovered the best kept secret on the internet. I smile, realising my investment is up a whole five pence from yesterday. It’s all about those gainz.

I am probably being taken from a mug. Cryptos are notoriously volatile, due to their unregulated nature, and aren’t controlled by a central bank. Furthermore, there’s currently no cap of the number of Dogecoins that can be ‘mined’, with a theoretically infinite amount available to everyone in the whole word, ever. That’s not good for sustaining an increase in the currency’s value, no matter the demand. The temptation to plough more and more money into this is ridiculous. It does feel like an addiction. It is most definitely gambling.

Suddenly, a sweet and angelic voice calls from the sitting room, “Have you those bills paid, yet?” Gulping, and wiping my brow, I stand up. “Darling, I’ve got something to tell you”. What transpires next involves a lot of gentle head nodding and, ‘Okay, honey – put the debit card down, and no-one will get hurt’.

I’ve taken a breath, and a step back, but the glorious crypto is still there, resting in my digital accounts. Sure, it’s only worth peanuts now, but the seed has been sown… every Doge will have its day.

Meanwhile, it’s back to washing the dishes for me. Anyone need their bins emptied?

Editor note: to read more about Bitcoin view this other post Bitcoin must die.

Jason is a proud native of Tyrone, living and working in County Down.