Former UUP leader Mike Nesbitt was in a reflective mood in the BBC Northern Ireland election studio on Thursday night and Friday morning.

Elected but free from leadership responsibilities, throughout this year he has increasingly being taking opportunities to share his thinking on the challenges facing unionism and the choices that it could make.

It’s a somewhat invidious but very necessary role if unionism is to learn the lessons from the pattern of voting that on Thursday showed the UUP being outvoted in nearly every constituency by Alliance and DUP candidates. 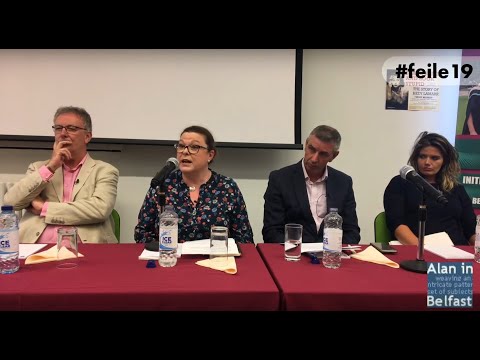 At 2:31am on Friday morning Nesbitt expressed his confidence that new leader Steve Aiken – who took the reins of power mid-election campaign – would steer the UUP in a modified direction, hinting that it would be a swing towards being more liberal than more conservative.

“The mood in the party is to say, unless we reform ourselves, pretty radically, we’re going to continue on this downward spiral. And that’s not acceptable. So it would be better to go out with a bang than go out with a whimper.”

Mike Nesbitt’s contributions to a Reimagining Unionism event I filmed at this summer’s Féile an Phobail – along with remarks by fellow panellists Dawn Purvis, Senator Ian Marshall and Sophie Long – are worth considering in light of the decisions around UUP strategy that need to be taken in the changing political battlefield.