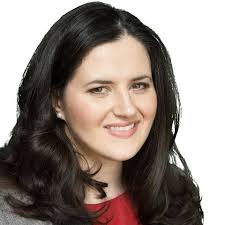 Talking before the announcement of renewed political talks, Claire expressed her frustration at the lack of a functioning Assembly and Executive.  “We’ve had a situation here at Stormont where we haven’t had a sitting assembly for two years.  And I think the anger amongst the general public is palpable. You know I feel it and see it every day. I’m a great believer that leadership is about bringing people with you. And I don’t think politics is doing that right now.

“I actually think good politics and good governance is what’s missing from our puzzle. You know that the past 20 years really were about establishing the institutions, establishing the peace and ensuring that we get to a place where we can pull together. I think now is the time where we actually work together and we start delivering for the people of Northern Ireland. And I think when we do that we might start to see that people realize we’re all the same despite our backgrounds…. You know there’s not one person in Northern Ireland that wouldn’t tell me that they just want to be helped and they want the country to move forward. How we get there is leadership and good governance.”

And Claire is one of those politicians who is genuinely keen to open up the political system to bring in more non-political voices to improve engagement and strengthen democracy.  “I think the work that’s being done on a civic forum or a civic assembly, I think is really positive,” she says. “I think people do need to be engaged because too often I suppose politicians take it for granted that they know what the public [wants]… So yes there needs to be a mechanism to suggest what public opinion really is – a safe space if you like for politicians to engage in a debate….

“I think it’s sad that post-Good Friday Agreement that the Civic Forum didn’t come to anything. I think it was perhaps more [about] it’s makeup rather than the intention and the idea around it. It wasn’t genuinely civic. It was perhaps people who already had a voice within the political system and that’s what any future sort of civic forum or civic platform needs to be about – it needs to be about people on the ground, it needs to be about the people who actually are suffering from the fact that we don’t have an assembly…. The people we need to get here are the people who are not engaged…  And to me that’s leadership. You’re bringing people along with you by having them in the room having the conversation.

“My experience with the political parties – and I certainly don’t speak for any of them – is that they do not represent the best interests of all the people of Northern Ireland. Every MLA will tell you that it’s not just unionists who come into their office or nationalists, it’s people from all backgrounds.  Day-to-day, it’s actually our job to represent and advocate for their best interests, on their behalf.”

Claire argues that dividing lines between the political parties get in the way of making Northern Ireland a better place. “Where we seem to get stuck is on party policy,” she says.  “I very much see my job is about improving public services for the people of Northern Ireland.  And I think sometimes the higher level stuff gets in the way.”  She adds that “the past is one of the things that’s getting in the way of us dealing with the present and the future”.

She continues: “How can we even have a conversation towards uniting an island when we can’t unite ourselves within a part of the island?”  That process of healing our society includes being open and honest about the past – and trying to understand why people from different backgrounds did the things they did.  “I think the greatest skill that any politician can have is empathy,” she says. “You don’t have to agree. And I think sometimes we misunderstand empathy with agreement. It is important to know where people come from.”

It also involves having a better understanding of what did happen.  Claire stresses: “One thing that really struck me in my work as minister of justice when I was meeting a lot of victims and their families was the trauma from what had happened. Trauma is such a big part of conflict. And I think it’s appalling that as a post-conflict society we have never even considered how we dealt with our trauma and still aren’t 20 years later.  But that trauma seems to get passed from generation to generation.

“If we are genuinely going to reconcile, we have to break that trauma at some point.   I met a grandmother who sadly then passed away.  But it’s their grandson who’s sitting in the room, talking to me about the injustices of their relative being taken during the Troubles and the fact that they haven’t got answers and that the government hasn’t upheld their responsibility around that. So I don’t think it’s enough to say time will be a healer, because I think trauma, particularly in a post-conflict situation, is going to get passed from generation to generation to generation.  If we don’t address it then we will be still facing the same issues in 50 years time.”

Claire adds: “I think there are current politicians who are suffering from their own traumas of the past. I think trauma is an inevitable part of life, whether it’s in Northern Ireland because of post-conflict, or whether it’s because someone close to you passed away when you were 16. But it’s how we deal with that – and that’s how we move forward.  And I don’t think we’ve been given the tools, or even the knowledge, to be able to do that.”

The latest podcast interview is available here. The podcasts are also available on iTunes and Spotify.

Paul Gosling is editor of ‘Lessons from the Troubles and an Unsettled Peace’, author of ‘A New Ireland’ and ‘The Fall of the Ethical Bank’ and co-author of ‘Abuse of Trust’, the story of a child abuse scandal in Leicestershire. He is engaged by the Holywell Trust charity on peace and reconciliation projects.