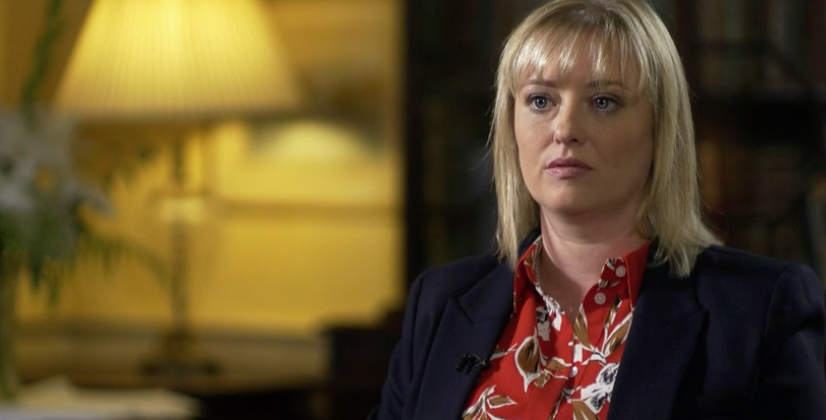 On Sunday past, we watched a very uncomfortable Michelle O’Neill, the Vice President of Sinn Féin on BBC Inside Politics, when being questioned about the Máiría Cahill case.

Upon being asked if she believed Máiría Cahill’s account of the abuse she suffered in the 1990s, at the hands of an IRA member, Ms O’Neill replied, “it’s not for me to say that I believe her.”

In recent years, Sinn Féin have positioned themselves as the political defenders of feminism and the great upholders of women’s rights, yet their record in dealing with Máiría’s case and the cases of other victims, is a million miles from their fancy placards and well managed optics.

Máiría Cahill’s case, spanning almost two decades, is one of deep injustice and of harrowing neglect. Those who should have acted, didn’t, and those who did act, had no place or authority to do so.

Words are one thing, but actions are another. The former needs neither conviction nor courage, the latter requires both. We believe that Mary Lou McDonald must now act and issue the long awaited face-to-face apology on behalf of Sinn Féin.

It is also time – mere weeks after it was admitted that Ms Cahill had been severely let down by the authorities, and as a result her account and character vindicated – that the continued and relentless trolling of Máiría on social media by faceless accounts must end.

We will not stay silent when it comes to defending her case or her reputation. We will continue to stand shoulder to shoulder with Máiría until she receives the genuine apology she rightfully deserves. We are asking anyone who believes in the right to truth and justice to stand with us and to stand with Máiría.

We want to pay tribute to Máiría and others like her. It is through their immense strength and selflessness in wanting to help other victims that they have broken their silence. Their actions stand in stark contrast with those who have sought to suppress the voices who have suffered abuse in the past.

The SDLP will continue to champion the rights of victims and survivors, regardless of who they are.

‘Speak the truth, even if your voice shakes’.