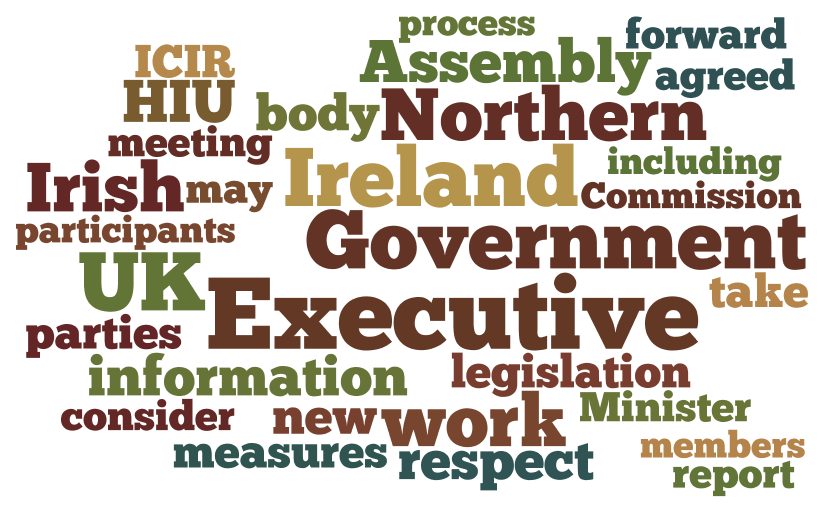 The Good Friday Agreement has come in for a bit of criticism over the past few days following the failure to reestablish a new Executive.

It’s natural, when you are at an impasse to want to review and perhaps chart a new course. However, whilst I share a frustration with the current political situation, I don’t share this idea that we need to abandon the Good Friday Agreement as if it has failed us badly as a society.

The Belfast Agreement is often spoken about in quasi-religious terms – literally, for it is more widely known as the Good Friday Agreement. But its flaws have become clearer over time. The original deal represented a bribe to two sets of hardliners who, having opposed power-sharing, came to support it when they realised that they would be the direct beneficiaries. For 20 years, Sinn Féin and the DUP have propped each other up like two exhausted boxers in a clinch. A permanent grand coalition leaves them free to reward their supporters with subsidies and sinecures.

Similar sentiments have been echoed by the former Northern Ireland Secretary, Owen Patterson.

However, is this not a tad premature?

This agreement is not perfect, but no agreement ever is. Since 1969, we have been through many incarnations and attempts to resolves differences, but the Good Friday Agreement has been the only lasting document that has survived for nearly 20 years.

Indeed, contrary to the assertion above that this was merely something to reward the hardliners, it was actually more mainstream leaders like David Trimble and John Hume (and others)  who came together to put this forward as a solution. It was the DUP, who actually sat outside the room during the entire process.

I know it’s now in vogue in British politics to boast about the popular will of the people. It’s worth remembering that the biggest expression of democratic will in our history was the resounding 71.1% (80% turnout) given by the people here saying Yes to the Good Friday Agreement in 1998.

I am also reminded of that Thatcher quote when she was asked about her greatest achievement, her response was “New Labour” as her policies had forced her opponents to accept the basic premise of her reforms. The Good Friday Agreement too has had this impact, the leading opponents in the referendum in 1998, the DUP have gone from a position of no government with Sinn Fein to wanting to see one re-established tomorrow with no pre-conditions. They have in all but name, accepted the basic fundamentals outlined in that document.

And have the DUP been punished for moving in this direction? No, they have gone from a narrow lead over the UUP in 2003 to now being the unquestioned leaders of Unionism. Those who have tacked to the right of the party over the past 10 years have found themselves in the wilderness.

Leaving all that aside, what is the alternative? I mean a serious credible alternative that won’t founder on the rocks of Northern Ireland political reality. We have a coalition of the willing? We have a possible weighted majority for key votes? All of which are fraught with problems.

The Good Friday Agreement is not perfect, nor should it be treated like the 10 commandments. We have made amendments to it before and we will likely do this again. But that doesn’t take away from the fact that the basic strengths and advantages of it remain.

We need to have some perspective when we are debating this issue. Does the agreement need reform in some areas? Yes. But when debating whether it’s a failure, let’s compare it to the alternatives, not the Almighty.