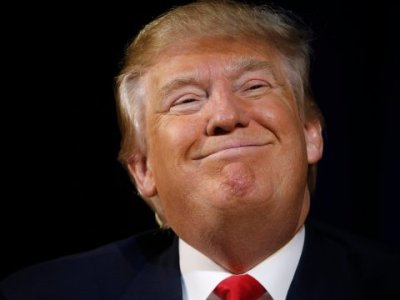 Dame Iris Murdoch, the Dublin born novelist, won the Booker prize for fiction in 1978 for The Sea, The Sea. Her final novel, Jackson’s Dilemma, was published in 1995 and was met with a muted response from the critics. She was subsequently diagnosed with Alzheimer’s Disease which was confirmed on post-mortem after her death in 1999.

Subsequently, a textual examination of The Sea, The Sea, Jackson’s Dilemma and her first novel, Under The Net, showed that her vocabulary was considerably reduced and ‘commonplace’ in her final novel, but extensive in The Sea, The Sea.

A more complete textual analysis was undertaken in 2011, and studied not only Murdoch, but also Agatha Christie who was suspected of having Alzheimer’s, and PD James who had aged healthily. This was a ‘diachronic’ analysis, that is, studying changes in the use of language over time. This also showed a reduction in vocabulary in Murdoch’s later works, in keeping, the authors thought, with the early onset of dementia during her last novels. Similarly, they found that Agatha Christie was also affected, but that PD James was not.

Ronald Reagan was, at the time of his inauguration in 1981, the oldest man to have become President of the United States. There were doubts about his mental abilities from early in his Presidency; these doubts increased in the last two years of his second term, though no action was taken. Reagan issued a statement in 1994 saying that he had been diagnosed with Alzheimer’s disease; he died a decade later, aged 93.

Using transcripts of Reagan’s press conferences, a similar textual analysis was performed in 2015. Changes in speech patterns were found, including the use of repetitive words and the substitution of ‘thing’ for specific nouns. The use of ‘unique’ words also decreased over time. These features could be consistent with Alzheimer’s disease, though the authors were careful to stress that this did not necessarily mean that the President was mentally incapable when in office; rather they suggested the use of such analysis as part of early diagnosis.

I previously wrote about The Pathology of Leadership in April 2017; there are many, many more examples of people in positions of leadership who became simply unfit for office. We are generally only made aware of problems after the event, often very much later. Professor Ferdinand Sauerbruch, was the head of surgery at the Charité in Berlin during WW2, and for a period afterwards. Sauerbruch breakfasted on a pear which had been preserved in brandy. He quite clearly went senile, botching operations which the underlings had to fix behind his back. He wrote the most peculiar, fantastical autobiography in which the publisher had to enclose a note warning the reader not to believe everything. Because Sauerbruch was such an internationally renowned surgeon, even the East German government, not noted for a kid glove approach, quailed at the idea of sacking him; his protracted but eventual removal was described in The Dismissal.

Senator Barry Goldwater was the Republican candidate in the 1964 Presidential election against the incumbent Lyndon Johnson. During the campaign, Fact magazine reported on a poll of 1189 psychiatrists who said that Goldwater was psychologically unfit to be President. Johnson won the election. Goldwater then sued the magazine for libel and won. The American Psychiatric Association subsequently declared that it was unethical for psychiatrists to give an opinion about public figures whom they had not personally examined. This decision became known, unofficially, as the Goldwater Rule.

The Goldwater Rule inhibited not only discussion of individuals, but also discussion around the general idea that public figures and politicians ought to be of sound mind, not only free from mental illness, but also free from personality defects. Only recently has it become acceptable to publish about this, usually with the caveat that it is a discussion related to ‘safety’ and ‘danger’.

The New Statesman published an article in early 2017 (here) asking whether candidates for the Presidency should be candidates for psychiatric testing. Two major concerns were antisocial personality disorder, in which someone thrives on continuing conflict. Kim Jong-un was suggested as a candidate. The other disorder suggested was narcissistic personality disorder, though no one was named; the article was headed with a picture of Donald Trump smirking.

With the recent publication of Fire and Fury which describes events in a dystopian White House, questions around the mental health of the present incumbent are again being asked. Bandy Lee, in the Guardian, notes that she and other psychiatrists attempted to assess the President in 2017, though keeping within the spirit of the Goldwater Rule. They felt that they could nevertheless make some assessment of a person’s fitness from general observations, and that when they felt that the subject was becoming a public danger, there was a duty to speak out. “But to assess dangerousness, one only needs enough information to raise alarms.” Trump’s aides are said to be concerned as well, suggesting that he may have learning disabilities, dementia — or is simply illiterate. Mr Trump, however, describes himself as a ‘genius’. Mrs May, neither a psychologist or psychiatrist, isn’t concerned about the President’s health; another group of allies defends him here. How much of this is Republican/Democrat politics and how much is real, rather than ‘fake news’ isn’t clear to me: who to believe?

As an aside, the President is said to sleep for only fours a night; Mrs Thatcher likewise. Such sleep deprivation is associated with obesity, diabetes, poor mental health and dementia. Mrs Thatcher indubitably developed Alzheimer’s disease. Note: an association does not mean causation. The President uses the early hours to tweet, an unusual dawn chorus.

The President has a yearly ‘physical’ at Walter Reed Hospital in Washington; it’s unclear if this includes cognition. In the UK, yearly mental health checks for MPs have been suggested. They can have 3-yearly medical screening, though not all MPs attend. Commercial airline pilots seem to be the only group in whom regular and comprehensive tests of physical and medical health are required.

What then might be the (mental) attributes that a candidate for President of the US or Prime Minister of the UK, or indeed any subsidiary office, requires? There have been some suggestions, such as here and here. I’d suggest that any candidate needs to be reasonably intelligent, to be able to pick aides who aren’t simply yes-men, to have a good memory, to permit dissent as a precursor to an agreed position, to have a sensible, achievable set of objectives, to be able to distinguish rigidity from strong leadership, and to be able to relax. I’m sure there are other necessary attributes. As there seems to be no job description for either position, selecting a candidate on the basis of their skill set is rather meaningless.

The Framers of the US Constitution did not make wholly adequate provision in the event that the President became incapacitated: or how to get rid of a President who was incapable of performing the duties of office, either on a temporary basis — such as during a general anaesthetic — or on a permanent one. Eventually, the 25th Amendment provided for a process which involves the vice-President and a majority of the Cabinet. There is no formal mechanism in the UK; one could expect that removal of an incumbent would be a matter of ‘events’ which ‘emerge’.

Telling truth to power isn’t easy; in some countries it might be the preamble to a visit to the firing squad. How do you tell the leader that he’s ‘past it’ and should go? There are far too many examples of leaders who have stayed on well beyond their ‘best before’ date. If you are a fan of French-noir, you might have seen the most recent episode of Engrenages (Spiral) on BBC4. In this, the juge d’instruction, François Roban has been suffering from memory loss and assorted other cerebral problems. He has a ‘lesion’ in his brain which requires a biopsy. He attends a neurological surgeon who suggests that he ought not to be at work. Roban insists that he is the best assessor of his mental capacity, only to be firmly, accurately and correctly told that he isn’t and can be ‘supervised’ and removed from his work. A century ago, King Edward VII developed appendicitis, complicated by an appendix abscess. Two days before his coronation, the King and his medical advisors had a furious row; he was advised to have an operation to drain the abscess, and he refused point blank. Eventually, the King played his ace, saying that he would keep faith with his people, he would go to Westminster Abbey. “Then, Sire” responded Sir Frederick Treeves, “you will go in your coffin!” The operation was performed, the coronation postponed.

Where today is a Treeves when we need one?