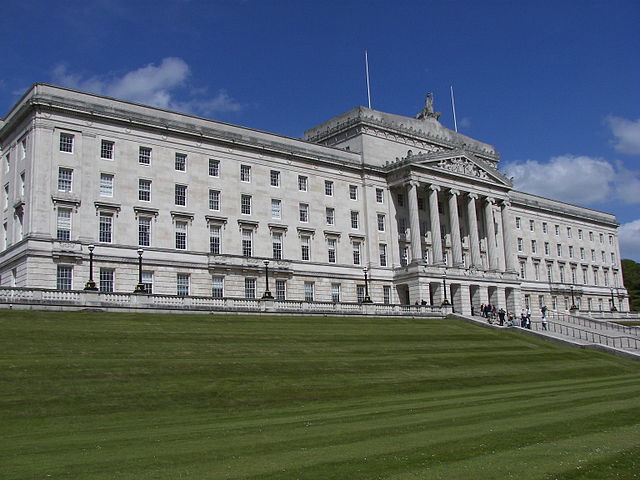 Since 1707, Northern Ireland has had roughly 160 years of devolution/home rule and 151 years of unitary government/direct rule. The long time perspective helps to put the current difficulties over forming an Executive into context. First the history in brief, followed by some scenarios for what might happen next for the governance of Northern Ireland.

Since the 1998 Belfast Good Friday Agreement there has been one long period of ‘Direct Rule’, lasting for nearly five years, from 14 October 2002 to 7 May 2007. There were also a couple of 24-hour suspensions of the institutions in 2001 and a four-month suspension in early 2000. Prior to the Agreement, there were 26 years of Direct Rule between 1972 and 1998.

For comparison, although there have been periodic suggestions of reinstituting a Scottish Parliament, you could argue that Direct Rule in Scotland lasted from 1707 right up to the start of the devolved Scottish Parliament in 1999. But that’s a skewed way of describing it. For nearly 300 years, Great Britain operated as a unitary state, with a single central Parliament for England, Scotland and Wales.

Northern Ireland was exceptional during this period, because in the period 1707 to 1800, the separate Parliament of Ireland existed. The Act of Union took effect in 1801, and Ireland thereafter added 100 MPs to the House of Commons in London, which acted as a unitary Parliament for all of the UK. However, unlike Scotland and Wales, Northern Ireland had its own ‘home rule’ legislature from 1921 to 1972, comprising a House of Commons and a Senate.

Historical home rule was of course different and less satisfactory in a number of respects from the current devolution arrangements. Likewise, unitary government is based on a different premise than the temporary suspension of devolution implied by direct rule. Unitary government is a common political model, the main alternative to which is some form of federalism. Despite its experiments in devolution—including the expanding number of regions involved in English devolution—the UK remains a unitary state.

It is important to recall that devolution is not a specific package deal. Scotland, Wales and Northern Ireland all have different powers under their respective devolution agreements. In each case, central government reserves various functions for Parliament. There is still ‘direct rule’ (aka unitary government) for social welfare, immigration, trade, defence and a host of other things. (For those who like the detail, here are links to the powers of the Welsh Assembly, the powers of the Scottish Parliament, and the Northern Ireland Devolution Agreement). What powers are devolved can change, and did change in Northern Ireland with the delayed devolution of police and justice powers for example.

The Secretary of State for Northern Ireland, James Brokenshire MP, has talked about Northern Ireland’s ‘glide path’ towards more UK intervention, starting with a budget passed by Parliament in London if the Assembly cannot pass one.

His latest statement (2 November 2017), suggests that he is handling devolution with kid gloves and is trying to make the smallest possible dent in the devolution agreement: ‘This Budget Bill would deal only with the current financial year. It would incorporate figures provided by the Northern Ireland Civil Service reflecting their assessment of the outgoing priorities of the previous Executive. It would not set out any spending decisions by me or the Government.’

He really emphasises the minimalism of his approach: ‘The Government’s strong desire would be for a restored Executive in Northern Ireland to take forward its own Budget. So this step is one that I am now taking with the utmost reluctance and only in the absence of any other option. I also want to be clear to the House that passing a Budget in Westminster does not mark a move to direct rule any more than the passing of legislation by this House to set a Regional Rate did in April.’

All that said, it remains plausible that Parliament in Westminster will be forced to slowly and gradually fill the vacuum if Northern Ireland’s political parties cannot agree on forming an Executive.

At this stage, I am going to state that it is implausible that the main parties will agree a deal to form an Executive in time to propose a budget to the Assembly. But I think there are a few plausible scenarios for what happens next.

(1) Parliament passes a budget for Northern Ireland, which buys the parties here time to reflect, regroup and successfully form an Executive, although this could well be after Christmas.

(2) Parliament passes a budget for Northern Ireland and, in the absence of an agreement to form an Executive, the Northern Ireland Office (NIO) begins a gradual process of taking decisions on devolved matters. Periodic talks between the parties continue, and ‘devolution’ still exists, albeit in name only. The likely consequence of this is a legislative backlog for Northern Ireland and an unwillingness by the NIO to take controversial decisions, which will leave some public authorities and publicly-funded organisations limping along. Brexit-related decisions and other ‘political’ decisions will pile up, and the unwillingness of the NIO or Secretary of State to deal with them will leave Northern Ireland seriously disadvantaged. (Such an unstable state of affairs could last through most of 2018 but is probably unsustainable to get past the March 2019 Brexit deadline).

(3) Parliament passes a budget for Northern Ireland and, in the absence of an agreement to form an Executive, fresh elections are called for Northern Ireland for early 2018. (I still think this option is more democratic and should be exhausted before giving up on devolution).

(4) Parliament passes a budget for Northern Ireland and it becomes clear that the largest political parties (DUP and SF) are unable to come to an agreement about forming a stable Executive for the foreseeable future. Plus, electoral forecasts are that the parties would be returned in similar proportions if new elections were held. (Or, in another version of this scenario, elections are held in 2018 and afterwards the DUP and SF still can’t agree). At this point, Northern Ireland’s devolution agreement becomes shaky. Everything could limp along for a period, but the major decisions that arise from Brexit mean that the lack of devolution will be really problematic and ultimately the Prime Minister will be forced to lead on an alternative to the current devolution arrangements in Northern Ireland.

a. One possibility is for the rules of devolution to be extensively re-written—for example, to allow the Assembly to function as a legislative body but move executive powers to the NIO. This would at least allow public debate, scrutiny and votes on budgets/laws to take place, with the NIO or appointed ministers taking the role of the Executive.

b. Another option would be to scrap community designation and/or mandatory coalition, but bring in some kind of voluntary coalition Executive. The DUP have suggested weighted majority voting of 65% in the Assembly. This would be a safeguard against either major community dominating proceedings. Indeed, different weighted majorities could be proposed for different areas, to ensure cross-community support on legislation concerning the most contentious issues. At present, this would quite likely mean a DUP-led Executive with SF leading the Opposition. (Other changes to the Agreement could be made to underpin a move to voluntary coalition, such as giving the Opposition parties a bigger role in chairing committees, guaranteed speaking time and time to put forward private members bills).

c. Another option is for the powers of the assembly to be formally repatriated to Parliament in London. At this point, devolution is suspended until further notice, which means that the Belfast Good Friday Agreement will have run aground. While possible, I don’t think anyone really wants this right now. However, the only way to avoid it may be to modify the Agreement along the lines described above.

The Belfast Good Friday Agreement accounts for just 14 out of Northern Ireland’s 160 years of home rule since 1707. I think most people would agree that the current model of devolution is a significant improvement over what preceded it. But it isn’t perfect, and there is nothing wrong with tinkering with the devolution settlement if that’s what’s needed to get government in Northern Ireland up and running again.