Watching Stephen Burke’s new film Maze in order to write a review is exhausting. The film is only ninety minutes long, but because it’s based on real events, and because those real events happened locally and continue to have socio-political ramifications, there’s a tick list as long as my arm of aspects to remember: glorification to be on the look out for, details to check for inclusion, accuracy of portrayals to judge … and that’s even before assessing whether the shots are in focus and it has been edited into a watchable film.

The story picks up after the end of the hunger strike. Republican prisoners want to do something spectacular to “repay a debt to the ten who died” says Larry Marley (played by Tom Vaughan-Lawlor). A group of inmates are address their ignorance about the layout and organisation of the site in which many have been incarcerated for years on end. They surprise guards by volunteering for prison work and begin the laborious process of intentionally gathering intelligence.

“What’s the worst that can happen? Place might get a bit cleaner?”

Prison Officer Gordon Close (a fictional construction played by Barry Ward) admits to being trapped in the prison system too, a theme that is also explored in Steve McQueen’s Hunger. We see the draconian, though necessary, security measures inside the homes of targeted prison staff. An incident on the outside disrupts Close’s home life: a situation and weakness that Marley can exploit.

The first two thirds of the film concentrates on the planning. The remainder follows the breakout, fairly faithfully documenting the armed attempt to gain control of one of the H-Blocks without the alarm being raised and the subsequent tense ride towards the gatehouse.

My mental tick list of potential snags and snafus is largely covered off by this production. Nothing is glorified other than 1980s knitted jumpers. I couldn’t say that the film was entertaining: there is little humour (other than a Twelfth of July parade down the corridor with loyalist prisoners wearing cardboard orange collarettes) and it’s not set up as some kind of Rebel Alliance freedom fighters that should be encouraged to escape from the Empire captors’ Death Star. There’s no euphoria or satisfaction with their escape because that’s not where this film that follows Marley and Close ends.

So if not entertaining, Maze is definitely educational, providing a level of detail about the heist and its methodology that I’d not picked up as a child or since. My memory from 1983 was of a fellow school child coming into the Lisburn classroom the next morning with stories of soldiers and possibly prisoners ploughing through their back garden close to the prison boundary. 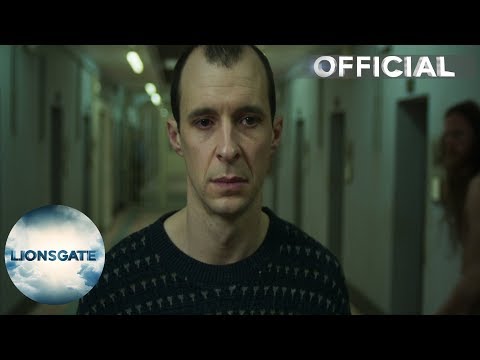 To the writer/director Stephen Burke’s credit, everything is included. We see one officer being shot. We see another stabbed. We hear about the officer who died. And before the end credits roll we know that of the 38 who escaped, half were recaptured within two days. Gerry Kelly, Bobby Storey and Bik MacFarlane are all there, but they’re not given starring roles or stylised accents.

The game is set up as prisoners against the system, rather than Larry Marley pitted against Gordon Close. In their determination not to sensationalise, the film makers nearly under-sensationalise the biggest prison escape in UK history.

The size of the breakout, and the supposed security of the building, justify the re-enactment movie. It may not be comfortable viewing for former prison officers and families – though some may be relived to see the strains and pressure of the job finally articulated on screen – and prisoners, loyalist and republican, may be uncomfortable about the portrayal of the petty jealousies that build up behind bars.

Filmed in a recently closed Cork prison, the feel of the buildings and the landscape is much too urban and does not capture the Maze architecture and its rural environs. Not to mention the modern air conditioning units would not be found on the roof of 1983 buildings, and the ‘028’ phone number on an estate agent sign is 17 years too early! But these are small details in a plot that is about the human instinct to escape and the shrewd manipulation of prison officers that opened a chink in the prison defences.

The rare glimpse of female characters makes their input all the more powerful, particularly one memorable encounter in the visiting room with a hunger striker’s widow who questions Marley about the deadly campaign of starvation.

The accents are passable. Tom Vaughan-Lawlor’s depiction of a prisoner determined to engineer an escape while also being hell bent on seeing his family is well executed and matched by the quality of Barry Ward’s distracted depiction of an officer under attack. The script avoids the easy route of letting the screw hit the sauce and be unfit for duty, creating a much more interesting dynamic to watch.

Newspapers and radio talk shows may choose to get het up about Maze. But they’ll largely be fabricating annoyance and boosting box office takings.

After its NI première on Thursday 14th in conjunction with Belfast Film Festival, Maze goes on general release in screens across the island (including the Queens Film Theatre and Movie House cinemas) from Friday 22 September.