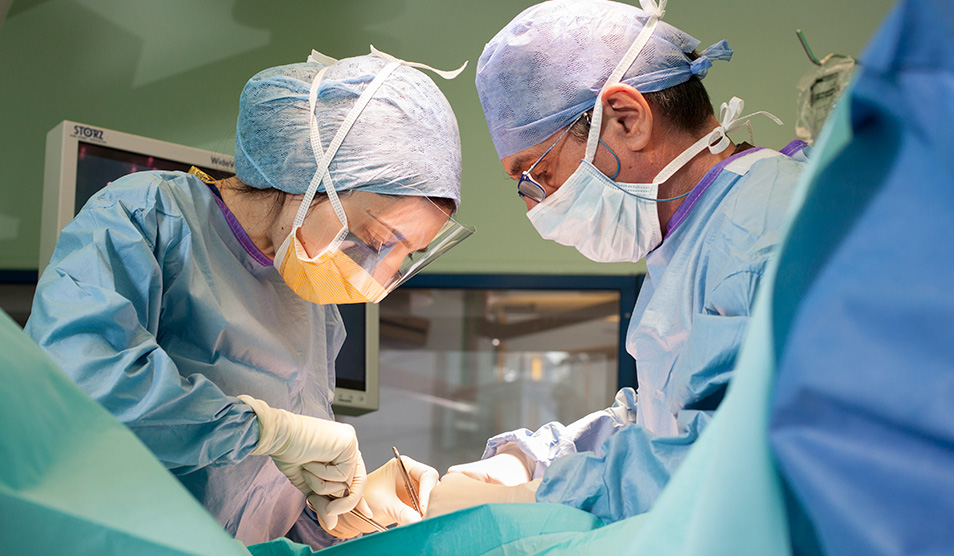 The problems in Northern Ireland’s health service (and in particular our constantly lengthening waiting lists) have been a recurrent topic on Slugger. Reference has been made to successive reports recommending transformation and hospital rationalization and the absence of any effective resulting action. As many of those reports have pointed out, the service here gets much more money per head than our adjacent jurisdiction England; we have more hospital beds, more doctors and more nurses. A 2014 study by the National Audit Office found that we have 42% non-clinical staff per capita than England. Remarkably the number of Admin and Clerical staff in Northern Ireland has fallen by only 0.4% since then. NI has a younger age structure than England and as health service demand increases with age, overall per capita demand should be less and our waiting lists should be shorter rather than longer.  Clearly, something is seriously wrong.

My contention is that not enough attention is paid to how well we use our existing hospitals and bed stock. It goes without saying that an expensive capital resource such as this needs to be utilized to the maximum extent possible commensurate with providing a quality service. Five specialities (General Surgery, Trauma and Orthopaedic Surgery, ENT Surgery, Urology and Gynaecology) account for almost 80% of those waiting over 52 weeks for hospital admission in Northern Ireland.  Using routinely available statistics I have compared Northern Ireland and England in terms of length of stay for inpatient admissions. Depending on the speciality patients remain in hospital on average between 7% and 43% longer in NI than in England (weighted average across specialities 24%). Paradoxically bed occupancy in Northern Ireland is considerably lower than in England. Were it not for these disparities it would be theoretically possible to treat at least 30% more inpatients (over 20,000) in those five specialities than at present. Bearing in mind that our clinical staffing levels are relatively good if annual inpatient admissions could be increased by only 15% (10,500) that would be more than enough to reverse the current apparently inexorable rise in inpatient waiting lists and eliminate long waits before the end of this decade.

Unfortunately, no-one in the system has any incentive to achieve this. There is no effective pressure on bureaucrats, managers or clinicians so the collective refrain is “we need more money”. In 2010 the universally respected historian of the NHS, Rudolf Klein, wrote about “the inbuilt incentives of doctors, nurses and other providers … to advertise their own claims for extra resources by drawing attention to the service’s shortcomings.” He added: “The professional cries of pain and outrage … increase the political price of successful financial cost containment.”  (This was nicely exemplified locally by the howls of outrage and shroud-waving from what some might describe as the usual suspects in response to the recent announcement of planned cuts of £70m in an overall budget of almost £5bn.)

Successive reports over the last 10 to 15 years by Professor Jon Appleby, arguably the foremost health economist in these islands, have demonstrated that we make much less productive use of our resources than elsewhere in the UK.  One of his reports indicated that our hospitals operate the equivalent of a four-day week. Cynics might say that this leaves time for the consultants concerned to spend even more time in private practice or on the golf course. And the longer the lists are, the more demand there is in the Ulster Clinic and elsewhere.

In the 1980s and 1990s, statisticians in the Department of Health undertook forensic comparative analyses of health service demand, activity and performance levels here and in Great Britain. In almost all of the 30 or more specialities, it was found that we were keeping patients longer in hospital than they needed to be and treating fewer patients per bed than elsewhere. That meant that, as now, although we had more beds than anywhere else our waiting lists kept increasing. Although there were some outstanding exceptions, our surgeons were also on average much less productive than their counterparts across the water.

The Department arranged for a small group of officials, including the then Chief Medical Officer, to present these data to over 60 medical and other groups throughout Northern Ireland. This initiative had some success in changing attitudes and was followed by measurable improvements in efficiency. However once the pressure was taken off, the picture reverted to the status quo ante.

As a mere interested observer (and periodic consumer) these days it seems to me that no-one now has the stomach to address the performance issue, either analytically or otherwise. Although it is urgently necessary in order to improve clinical quality, there is no reason to think that, on its own, hospital rationalization as recommended most recently by the Bengoa Report will improve productivity sufficiently. So nothing ever changes until another tranche of money arrives from DFP, to the delight of the private hospitals on the Lisburn and Stranmillis Roads.  The strategy from the Department and the failed HSC Board seems to be that the worse things get, the stronger the case that can be made for more funding. When new money does materialize it is used to bail out the present system rather than to transform it. Meanwhile, patients are arguably being used as pawns, they continue to suffer, and the impact falls disproportionately on older people needing operations such as joint replacements and cataract surgery with clear knock on implications for the primary and social care services that are already cracking under pressure.

Jimjam is a retired senior civil servant and health researcher.