Good to see Fintan O’Toole dig a little deeper into the narratives which have helped construct Irish public life and, more importantly, sustain its public imagination and self-conception. This from the first in a series that assays some seriously under-regarded ground:

…people do need a sense of collective purpose, a sense that there is something that they belong to and that belongs to them. All the evidence is that if one set of stories no longer makes sense, people do not simply become realists. They become prey to any old story at all, especially one that has a potent contrast between Us and Them: Take Back Control, Make America Great Again.

If there is no positive Us, there is always its evil twin: Not Them. There is no reason to think that Ireland is immune to this temptation, especially as it faces, in addition to all of the disruptions and inequalities of hyperglobalisation, the specific uncertainties of Brexit, an unfinished peace process and an incomplete transition from a monolithic to a multifaceted culture.

If a benign story cannot be convincingly told, a malign alternative will surely emerge.

Indeed. Earlier on in the piece, he names some of the narratives as Survival, MOPE, The Scattering, Thoroughly Modern, Top O’ the World, Ma! and Who’s Sorry Now? Most are so familiar they barely need an introduction. But mapping these stories and separating the live from the dead ones is an invidious task.

Take the idea of the incomplete peace process? In almost all material aspects, the peace process is actually complete [except the bit where we all accept Gerry and Martin were right all along? – Ed]. What’s being held up, right now, is what must come after peace, as the poet Michael Longley correctly identified when he noted that “peace is the absence of war: the opposite of war is custom, customs, and civilization”.

Common purpose is something we’ve touched on on Slugger before. It has, perhaps, been most eloquently outlined by Bryan Delaney: 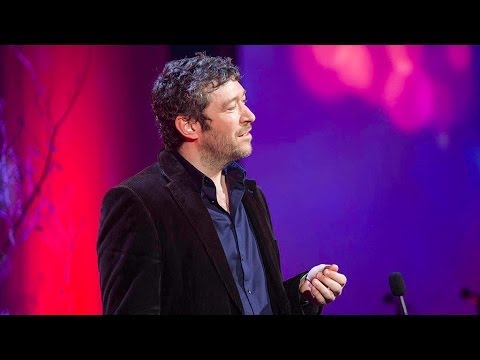 The Greeks had two separate terms that combine to create a single narrative, the telling (diegesis) and the action (mimesis). So useful have these ideas proven that they are a ubiquitous presence in modern literature and film. Most modern cultural forms comprise both.

Mere telling rarely accounts or allows for the admission of change. Yet too many of our politicians have got hooked on the telling, and the spin. Nearly ten years ago, Danny Finkelstein speaking on a BBC Radio Four Analysis programme said:

…the only way that people will know who you are is through the transformation that takes place in your character through a real narrative, going from a situation where the party is disunited, going through the challenge of an election, and ending with a united party, with the party being transformed in between.

Transformation is a key component in some of the most resonant stories in the human psyche. But a diegetic plot which cannot be acted out reasonably can neither validate itself through en-action nor the deliver the promises it offers without bending the rules of morality and/or physics.

In today’s piece, Fintan notes the lag between modern Ireland and its current realities:

Ireland’s distinctive demographics act, then, as a protection against a very negative kind of identity politics. But they do not in themselves create a positive identity. They make a pluralist notion of “us” even more necessary than it already was.

But it is by no means obvious that either society or official institutions have even begun to think through what a multi-ethnic, even multi-racial, Irishness looks like.

There is a vague and benign commitment to mutual respect. But what will the Irish “us” be when, as seems certain, more than a quarter of the population puts a hyphen before or after it, when old terms like Anglo-Irish and Irish-American are joined more forcefully by Polish-Irish, Irish-Nigerian, Syrian-Irish?

This question is all the more pointed because the Irish part of any hyphenated identity is itself highly unstable. Its old markers – land, nationality and religion – don’t map the landscape very well when society is overwhelmingly urban, when nationalism has become complex and ambiguous and when the dominance of a single church is over for good.

Yet, as things stand, we still have key public institutions – most obviously the education system and much of the health and social care systems – that pretend that none of this is really happening.

Most primary schools, for example, still operate on the assumption that “we” are still universally either Catholic or Protestant and that “they”, the children who are neither, will be tolerated so long as they accommodate themselves to the way things are done here.

This is not, to put it mildly, a formula for the creation of a positively pluralist future.

In dealing with its oldest ‘minority’ (at least in the prospect of a united Ireland), attempts to create all-inclusive narrative tends to fail in part because Protestant experience of the long arc of Irish history is profoundly divergent from Catholic norms, and not always in antagonistic ways.

For instance, early Ulster Scots settlers in what later became the US did so willfully at a time when there was little inclination (or means) amongst the Catholic Irish to leave. So The Scattering, well and natively understood by Irish Catholics, is internalised differently.

Indeed, one reason it fits so well into the modern Irish (Catholic, and post Catholic) sensibility is that that first Famine induced wave of out-migration has been followed almost every thirty years since by smaller reverberative echoes of the scattering story.

This failure to assay for a more inclusive story is critical – not to make a united Ireland a possibility (it already is, but post a chronically underworked GFA, that’s getting farther from probable) but for the more immediate and urgent purpose of creating a stable compact between the Irish state and its rapidly diversifying citizenry in an increasingly protean digital era.