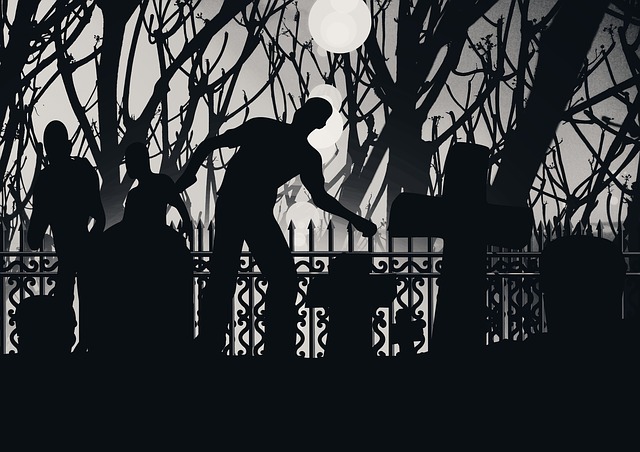 Last night I had the misfortune of driving through the zombie apocalypse; or as it’s called, St Patrick’s night in the Holylands area of Belfast. Amid the broken bottles, fire trucks, police and ambulance crews I heard young zombies speaking in every accent of this land (although a Belfast accent was hard to find to be honest), stumbling from one over-crowded house of multiple party occupancy to another. Many, if not all, were bedecked in some sort of symbol of their nationhood- a symbol of their version of our shared future. For most this seemed to be either a green, white and orange afro wig or a tricolour flag. This pseudo-Irish, pseudo-republican alco-zombie-fest was frightening to drive through and witness; not because I feared for my safety, though. The police were there in great numbers and were doing a good job of putting up with poor renditions of ‘The boys of the old brigade’ and breaking up fights. No, I feared for something much worse than my safety in that moment; I feared for our future. These young people are the leaders of the future and while many will leave the excessive boozing and beating each other behind, it is the underlying aggressive version of nationhood that worries me.

The ‘national question’ is on the agenda now in a way unlike any other time in my life. Between Sinn Fein euphoria, DUP horror and newspaper speculations it’s clear that the break-up of the Union feels like a real possibility. So what to do in these circumstances? Perhaps we would set about persuading people from a different tradition than ours that our national identity and our vision for the future is one that they could share and one in which they could be happy? You’d think so, wouldn’t you?

I’m pretty sure the scenes witnessed in the Holylands last night (and these were tame by comparison to past years) would not convince anyone from a unionist background that a united Ireland would be an Ireland of equals. It was, quite simply, a disgrace. Now before we get too far ahead of ourselves here, the exact same could be said about the scenes we witness each 12th of July- although on a much grander scale with the number involved hugely increased. Watching the triumphalism on show and the loutish behaviours during the marching season does absolutely nothing to persuade nationalists that there is any place for them in this United Kingdom that seems so shaky at the minute.

There were good people out celebrating in good way yesterday. There was a positive face of Irish nationalism on show. And during the marching season, there are good people out celebrating their culture in a non-threatening way. But the overall aftertaste of both these events is not positive. It simply serves to divide us even more. It struck me that if I was colour blind last night it would have been difficult to know where I had landed- in the middle of a St Patrick’s Day celebration, or in the middle of a loyalist march. Oh the irony.

The saddest thing I saw this St Patrick’s Day happened earlier in the day though. I drove through Belfast City Centre and as I passed the City Hall I saw a hardy group of flag protesters, looking all wind swept and irrelevant. Fifteen feet away stood a small group of teenagers wrapped in Irish flags. Both sets of flag carriers looked at each other, seemingly not knowing what to do or what to say to each other; all of them getting wet and cold out in the Irish/British spring rain.

If we keep looking at each other draped in our respective flags and cultures we’re doomed in this place. Brexit will come and Brexit will make trouble for us. No matter what way you cut it, things are going to get tense. We need to learn how to engage and disagree better with each other. Zombie apocalypse days of triumphalism do nothing for us at all. Let’s cancel them.

Jim Deeds is a husband, a father, an author and pastoral worker. Find him on Facebook and on Twitter.