The two main government parties seem to have convinced a large chunk of the media that in order to be effective as an opposition, the UUP and the SDLP must form a government-in-waiting. It suits the DUP and Sinn Fein to paint it that way in order to cover their many splits on policy.

Unfortunately, it is also complete nonsense. Opposition parties must show they’re fit for government, but they must also demonstrate why incumbents should be replaced. Under proportional representation, the electorate (not parties) decides the composition of future administrations.

This means that the UUP must prepare themselves as potential partners to SF (and/or others) in government. So an exclusive relationship with the SDLP is an unnecessarily self-limiting ordinance. It’s a burden which properly only belongs to the parties which choose to sit together in government.

Which brings me to a second point. Last night’s The View may have been scrappy, but finally (and in marked contrast to the fictitious seating arrangments at Stormont) we got to see the two government parties in proper relationship to their political opponents.

The truth is that the working definition for the opposition should comprise the two largest parties and everyone else who is not in government. And they should not only oppose, but be seen to oppose.

The BBC’s graphic from last night demonstrates both the weakness of the current arrangements and the foolishness of treating the Official Opposition as some class of corporate thing. The two main parties sit apart, separated by yet more Opposition MLAs, that apparently don’t count, and all are shoved down the back of the room.

Yes, something needs to come through in the face of (to borrow from Deirdre Heenan) what is little more than government-by-non-aggression-pact. But as I noted on Twitter last night, they all have more pressing priorities in the short term…

And even more directly to the point, from one of our regular commenters…

The reintroduction of passion (however unfocused it was at times last night) is a start. Now we (the media) just need to remember that whilst we do need to bring both government and opposition to account, only one of them has the actual power to deliver. 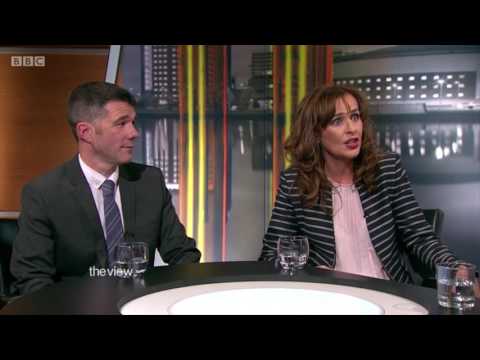