The BBC Good Food Show is coming to Belfast Waterfront between Friday 14 and Sunday 16 October.

Cooking up regional and seasonal dishes across the weekend will be well known figures like Paul Hollywood, The Hairy Bikers, James Martin, John Torode and local chef Paul Rankin. They’ll be interviewed along with Jane Boyce (from James Nicholson Wines) and representatives from Moy Park as well as signing their latest cook books.

Paula McIntyre will host the Tasting Theatre where you can hear from producers, and then sample (and buy) the very best of their produce in the Northern Ireland Food Pavilion. (Alcohol exhibitors will be sampling product and taking orders for post-show delivery, but there will be no off sales permitted. Venue bars will be operating throughout the event.)

Slugger has five pairs of tickets to give away that can be used to access the Good Food Show on Friday 14 or Sunday 16. Just as well you can’t use it on Saturday 15 or else you’d miss the PUP conference! To win a pair, tell us your idea for a great political dish. (The usual rules of playing the ball not the (wo)man apply.)

Submit your ideas as comments under this blog post, under this post on Facebook or using the #sluggerpoliticaldish hashtag on Twitter before 5pm on Wednesday and Alan will get back in touch with you if you’ve made it into his entirely subjective top five!

Fresh Start Fricasse. A melange of left over policies, moribund plans and collapsed agreements lovingly enrobed in slightly stale breadcrumbs then deep fried over 2 months to crisp them up and reduce the bad smell All then covered in cheesy promises, served on one of those steel prison food trays with a division down the middle. Finally sprinkle each side with different coloured glitter (orange and green may be a good combination) and garnish with small flags making sure the division in the middle remains clear. Ideally served with a strong dose of Skepticism Lager and eaten while wearing sunglasses

Starter: Walled off salad
Main : Carp,carp carp, dressed with chips on the shoulder
Dessert: Ba-nama Split or Peoplebefore Profiteroles (not too rich) 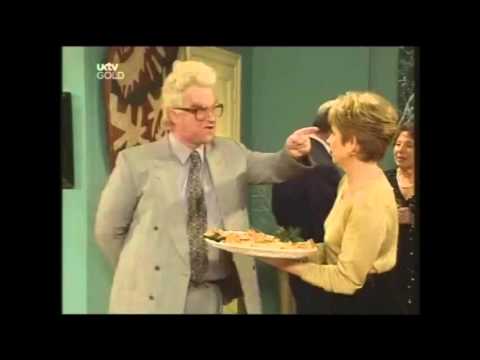 And honourable mentions for runners up …

Slow cooked BBQ BREXIT. You think you ordered beef, we promised you beef, and true to our word here is a dog’s dinner…

Belfast Barman for his many pun-laden contributions including: