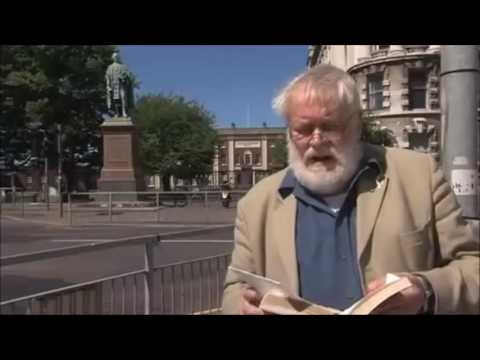 Here is some background to the story from the Irish News and the Belfast Telegraph:

Constable John Larmour was off-duty and helping out at his brother’s ice-cream parlour in south Belfast when he was shot dead by the IRA in 1988.

Two men entered, unmasked, ordered ice cream, and then one of them shot him as he turned his back on him.

Constable Larmour’s son Gavin, who was just 13 years old when his father was murdered, believes the killing was not properly investigated to protect a high-level republican informer.

He claimed the gunman was recruited as a police agent after detectives presented him with evidence that would have led to his conviction for the murder.

Mr Larmour named the senior Provisional, who sat on the IRA army council in the 1990s and is a former Belfast Brigade commander, that he believes was involved.

Whenever we post anything like this on slugger it usually kicks of the whataboutery in the comments. I am posting the video only because I like the poem and think it deserves a wider audience.

Photo from the Irish News webpage.