Watch this video, it punched me in the sternum – ‘momondo – The DNA Journey’: 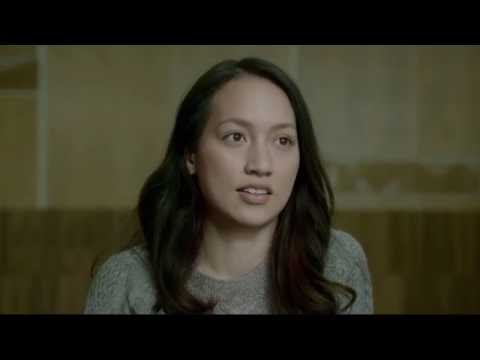 We divide people in two. Native or immigrant. Authentic or blow-in. We want certainty, especially in Northern Ireland – Protestant or Catholic, us or them.

Catholic is Erin and virtue. Protestant is Saxon and guilt (and “imperialistic blood-suckers” as southern Protestant Hubert Butler said).

It’s not unique to Northern Ireland, but is a universal condition. Mistrust of “the other” is typeset into man’s genetic code. It was a survival instinct, as Andrew Marr said in ‘History of the World’:

“By the time we arrived in Europe, we were already deeply tribal. Living and cooperating together in groups much larger than families, which was very important to our success as hunters. But it had another side: tribal loyalties meant we had an ingrained hostility towards outsiders. Anyone who looked a little differently; spoke differently, dressed differently or perhaps smelt differently.”

In Northern Ireland, it’s black and white the issues of Green and Orange, Protestant and Catholic, unionist and nationalist, planter and Gael, Erin and Saxon, colonist and colonised, oppressor and oppressed, the genocider and the genocided, the victimiser and victim, British and Irish.

Northern Ireland needs to see history and identity as a complex rainbow, just as it is in the video above, not black and white.

Interestingly, the republican movement so synonymous with the rainbow equality movement is also most associated with the simple concept of Irishness and Irish history where Erin is biblically white and the Saxon is a hellish black.

“Nationalism in Ireland cannot sit easily with anti-immigrant bigotry (as long as the immigrants are not long settled Protestants).”

It is not a question of the Elizabethan plantation inaugurating an age of discord and death. As ATQ Stewart wrote:

“Violence would appear to be endemic in Irish society… as far back as history is recorded.”

The fashionable narrative now really is that Catholic is Erin and virtue, Protestant is planter and guilt. Yet I can say, speaking as an agnostic Protestant, that I daily encounter crudely simple and brutally bigoted views from republicans who truly see my type as blood-sucking planters. If 800 years is within the parameters of debate, why no words for the brutal invasion and occupation of the natives of our sister island (Wales finds it origins in the old English word for slave)?

And I ask, in the words of George Orwell:

“Why is it that the worst extremes of jingoism and racialism have to be tolerated when they come from an [fior gael] Irishman?”

“By the time I got to Trinity College Dublin, and certainly in the course of my time there when I learnt a different version of Irish history, I was much less convinced and I think that’s part of what education does, it robs you of your certitude, it sows doubt. And it certainly sowed doubt in my whole view of Irish politics. It was a gradual awakening.”

If we conducted an experiment like the video above would we suddenly rob republicans and unionists alike of their certitudes?

And lastly, how come it is that Americans can revere their history of the frontiersman and adventurer? America has Lewis and Clark – noble adventurers or heinous dispossessors, depending on your end of the argument. Isn’t that a conflict of interest for Irish-America?

Certainly it was a TITANIC hypocrisy for Irish-American Niall O’Dowd, writing from the planted Manhattan island, to criticise the plantation of Ulster.

Are Irish Americans are as passionate about changing Buffalo, New York back to its native name, as they are with removing the prefix from Londonderry?

Most myths and stories are shaped by binary oppositions in thinking. This may work for bed-time stories, but not for governing a country. Historicity should be as important as numeracy and literacy. Northern Ireland needs more multiples and scepticism, less binaries and certainty.

Bring on the Northern Ireland version of ‘momondo – The DNA Journey’.