Vote… don’t vote…  In the meantime, here’s another in an occasional series of wondrous views from the International Space Station, via the Nasa Crew Earth Observations videos – Sunglint over the Ocean.  [Video courtesy of the Earth Science and Remote Sensing Unit, NASA Johnson Space Center] 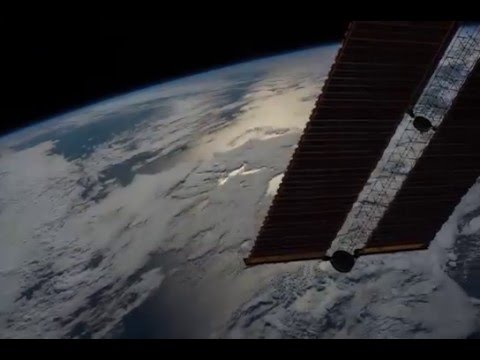 This video was taken by the Expedition 47 crew on board the International Space Station. The sequence of shots was taken on March 25, 2016 from 11:45:02 to 11:57:17 GMT on a pass over the ocean with very dense cloud cover. As the ISS continues traveling, the video shows a stunning view of sun glint over the ocean. Sunglint occurs when sunlight reflects off the surface of the ocean at the same angle that a satellite or other sensor is viewing the surface. The sun glint causes the ocean’s surface to look smooth, almost like glass.