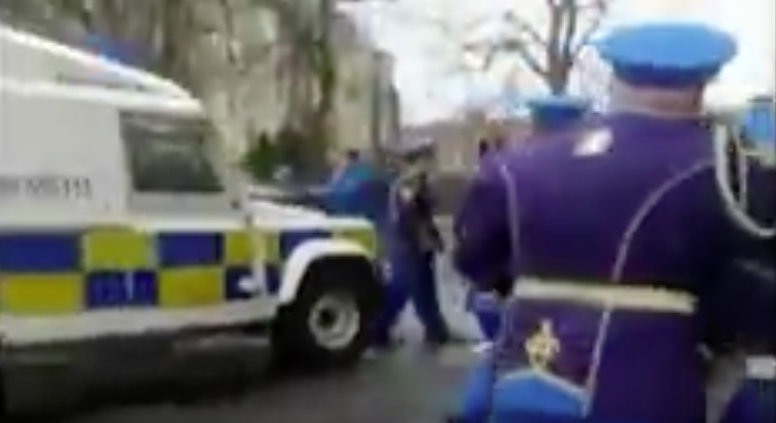 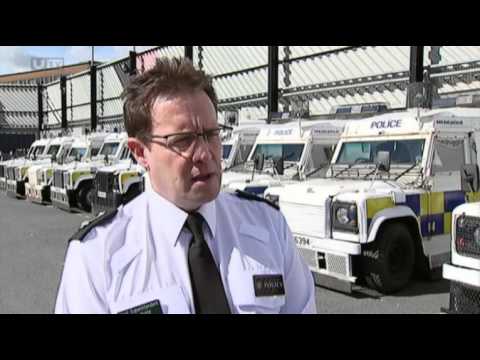 I meant to get this up yesteday. It’s a clip from UTV’s exclusive report on the Ballynafeigh kurfuffle last week. It’s not comprehensive by any means, but it does suggest the PSNI might have some operational questions to answer.

The process has been kicked up the Police Ombudsman, and the Policing Board should probably have an inquiry of its own into it too.

The local SDLP MLA Claire Hannah was quick to note how DUP politicians were rather too quick out of the block to point the finger of blame at the Police without leaving it to official accountability bodies.

And she has a point. There’s been a bit of a game played by both major parties to switch on and off their support for the police as and when it is politically convenient for them to do so.

Although I’m fairly sure Ms Foster’s meeting with the PSNI was more optics than substance, it sends a poor message back to the party’s core support that MLAs are merely tribal tribunes of their own communities.

In this case the Police Ombudsman has a crystalline opportunity to prove that these post Belfast Agreement accountability mechanisms are fierce and impartial. And more importantly that governance structures are more than useless affectations of the Peace Process™.

It’s the non use of these mechanisms along with the pretence that MLAs can do everything a constituent wants that’s at the heart of the residual misfiring of law and order in Northern Ireland.

That and a long, and a rather dodgy tradition of resistence politics (going right back to the Anglo Irish Agreement days and beyond in the case of the DUP) which constantly seeks to play both ends off the middle…

What suffers in the end is perhaps the most important aspect of justice, equality of all before the law…