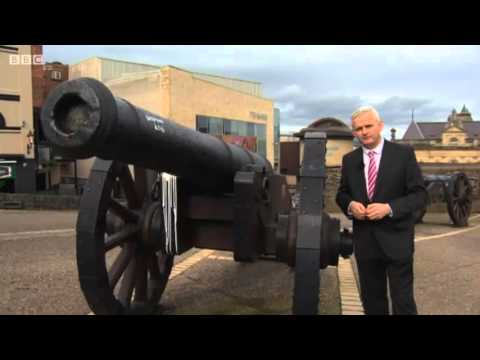 Took me a while to get around to this, but Stephen Dempster’s Spotlight documentary on paramilitarism in North Down is well worth watching. The scale of the activism there is way below what we associate with Belfast or parts of Mid Ulster.

It’s a reprise of a story Chris first picked up on for Slugger back in November. Several things come out of it. One is Jonathan Powell’s frank admission (here and here) that is remnant paramilitary control is something the Blair administration left behind.

The problem for any outsider looking in on this and other little local difficulties is how to see through the many hidden conflicting agendas grinding on beneath the surface.

On the face of it, it’s a plain old territory grabbing adventure: this time, ostensibly, it’s a case of paramilitary interests coming into conflict with a genuine, unsalaried branch of civil society in Clandeboye village.

But on a political level, whilst some of the peace process interventions may be well intentioned, those efforts can sometimes amount to, as Cllr John Barry of the Greens puts it, “buying public order at a tremendous moral and ethical cost”.

Whilst many of the initiatives run by organisations like Charter NI have real educational and social value, at the lower end of the scale, around bonfires in this case the rule of law being run roughshod over.

In addition councillors, council officials and statutory agencies find themselves bound into relationships that associate them in the local mind with paramilitary groups (and offending behaviours) against the interests of ordinary citizens.

Of course, the cops get it in the neck. That will continue whilst there’s an absence of political will and vision to deal with the legacy problem.

One of the abiding features of the last nine years has been the absence of any substantial plus sum game aimed at lengthening the shadow of the future. Efforts at managing legacy issues are often piecemeal, unstrategic and highly partial.

Towards the end of a paper I presented to the Community Relations Council last October (and just before this trouble really kicked into the public domain with the physical attack on Aaron McMahon), suggesting that we are not just facing a simple matter of public order.

This is a strategic legacy of the peace process itself.

In order to break out of it, politicians must ask themselves how committed they are to renewal. Do they wish to fight old battles? Or new ones? Do they prefer the risks of a long peace? Or the certainty of continuing long war politics?

You can now pick up Paramilitary Gatekeeping and Economic Impairment for a tiny fee (99¢) from Scribd.