Mandy McAuley’s Spotlight documentary on Monday is well worth watching in full. It does an excellent job of decyphering some of the Chinese whispers that have been running since independent TD Mick Wallace set a number of hares running last July. 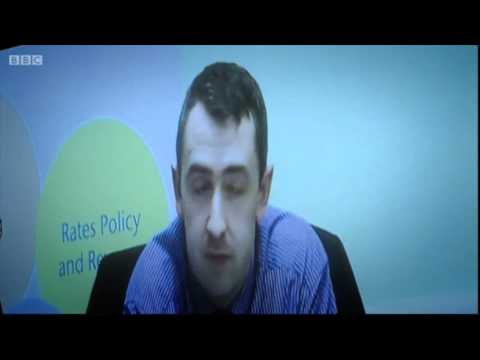 Most of the critical evidence appears to relate to the failed sale of the portfolio to PIMCO. The sale failed when NAMA learned that its advisor Frank Cushnahan was in line for a £5 million finders fee.

What Monday’s programme clarifies is that Cushnahan – knowing that Robinson and Wilson had changed their minds on the dangers of a fire sale – not only set up the deal with PIMCO but that he was also liaising with debtors for writing the debtor’s charter memo.

Since his role with the Executive and NAMA was advisory, it is far from clear that Mr Cushnahan has broken any law. But the interview with Brian Rowntree does make it clear that Cushnahan failed to declare his own interest on NAMA’s advisory committee.

That is certainly enough to put an end to his career as an advisor, or ‘Guru’ as Peter Robinson put it.

One disgruntled builder John Miskelly has referred the matter to the US Securities and Exchange Commission (SEC) who will no doubt take a forensic (black and white) interest in how the details of the deal was settled particularly in regard any write-offs to debtors guarantees.

As noted back in July, this is not the only case of wealthy individuals in the private sector running rings round a slow-witted public administration. The enormous benefits arising put the controversy of MP/MLA’s expenses into perspective…

Despite allusions within the programme to Red Sky, and a recommendation by Robinson’s son that a builder in trouble should speak to Cushnahan there is, as yet, no smoking gun on the politician connection raised in Wallace’s original Dail speech.

Nor does it seem, as Wallace originally suggested, that Brian Rowntree was in the loop on any of Cushnahan’s dealings.

Gerry Adams has called for another investigation. But since the last one on Stormont was so inconclusive, it might be wiser to wait until the SEC and others have discovered the legal or otherwise nature of these dealings before risking the firing of another useless blank.

The public appointments process in Northern Ireland remains a largely closed affair which gives it the potential to become a private playground for a small but powerful group of businessmen. Whistleblowers, for instance, need not apply.

Since Stormont has no real investigatory powers any remit for an investigation should seek a broader overview of the probity and use of private sector consultants in significant dealings between the public and private sector.